Second time in three years for green and gold briga 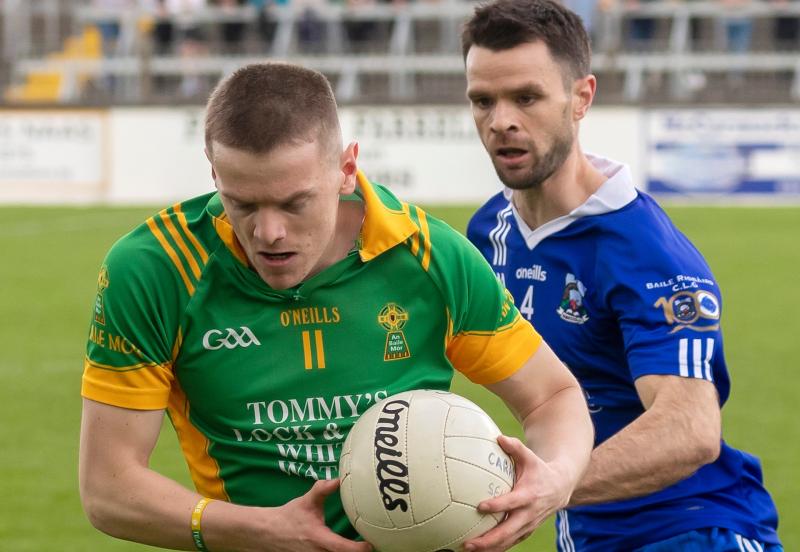 While the winners were well worth their win the final score line does not do justice to Robertstown who gave it their all and while never looking like winners they plugged away to the bitter end.

Ballymore got off to a dream start getting a goal inside two minutes from Shane Barrett.

Robertstown converted a penalty after 17 minutes but Ballymore went in at the break leading 1-5 to 1-3.

Three quick points on the resumption sent Ballymore on their way and a second goal from Garreth Clarke all but tied it up but it took three brilliant saves from Ballymore keeper Steve Foley (man of the match) to deny Robertstown a second goal.

A penalty in the 68 minute from Stephen Dwyer ended the scoring as Ballymore were crowned champions on a final score line of Ballymore 3-12 Robertstown 1-8.