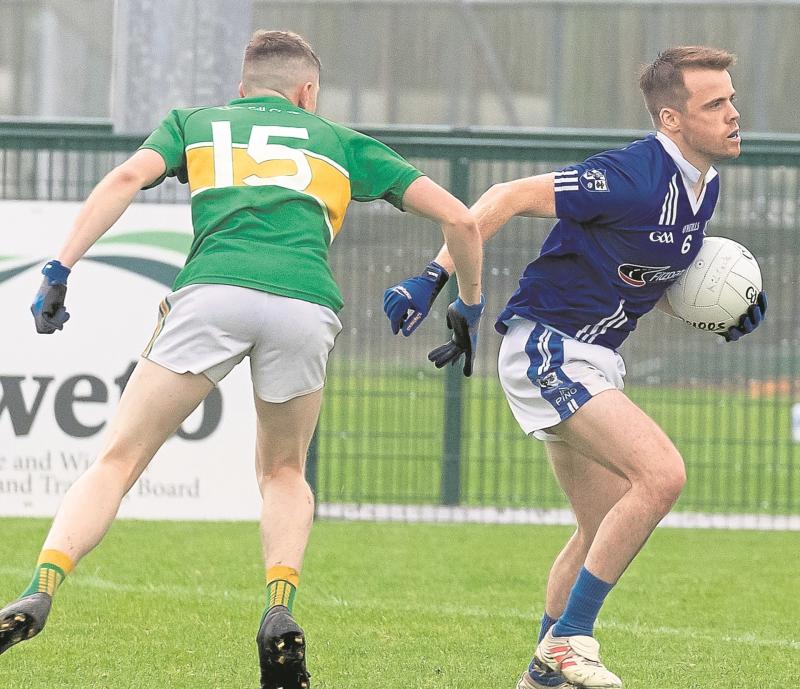 On Saturday the two semi finals of the Pittman Traffic are down for decision in a double header at St Conleth's Park and we could be in for real cracking games in both.
The first game sees Leixlip take on Sallins, a game that throws-in at 2 pm.
Leixlip, demoted from the senior ranks just last season, will be anxious to return to senior after one season and many will fancy their chances.
They have been playing well in this year's championships and have a fine mix of experience and youth in their side.
They defeated Straffan in their quarter final (1-10 to 0-6) with the experienced players such as Paddy Meagher, county man Tommy Moolick, Tom Gibbons and Eamonn Murphy all to the fore.
Sallins needed a replay before getting the better of Allenwood, a game when the boys in green and white played exceptionally well in the opening half; came under extreme pressure for long periods in the second before coming good in the dying minutes to clinch a semi final spot (2-8 to 0-13) with Jack Sharkey getting the winner.
Sallins have some fine young players coming to the fore and while Conor Herbert is their main scorer in chief, players such as David Foley, Emmet Ralph, Jack Sharkey and Fergal Swan will test Leixlip to the hilt.
Don't expect much to separate them but the experience of the Leixlip lads might just be enough to get them over the line.
The second semi final is another game that could go either way, both having made strong claims throughout this championship.
Monasterevan have been one of the favourites right from the start while Clogherinkoe have been building up a head of steam as the competition unfolds.
The Blues, amid much drama and a little controversy, got the better of Kilcock in the quarter final but they had to rely on a goal, scored by Mark Kelly in the 73rd minute (following a major hold up due to injury) before booking their last four spot and while they had a goal disallowed seconds earlier they nevertheless hung in to get another, this time a legitimate one.
With Padraig Nash in sparkling form along with John O'Toole, DJ Earley and Ryan Bannon they will go into this semi final confident even allowing for that late, late win over Kilcock.
Clogherinkoe are a side that have enjoyed a mixed season but they certainly seem to be coming to the boil at the right time.
They had a fine win over a fancied St Kevin's side in the quarter final (1-16 to 0-12) and with Jack Robinson in sparkling form they will fancy their chances.
If Monasterevan are to advance to the final they will have to curtail the influence of Robinson, who hit no less than a dozen points in the quarter final, along with Cein McMonagle, Mark Nolan and the Grehan boys.
This one might even go to a replay but having been on the Monasterevan band wagon since the start of this championship, no point in abandoning them now.
Monasterevan get the vote to advance to the decider, but only just.