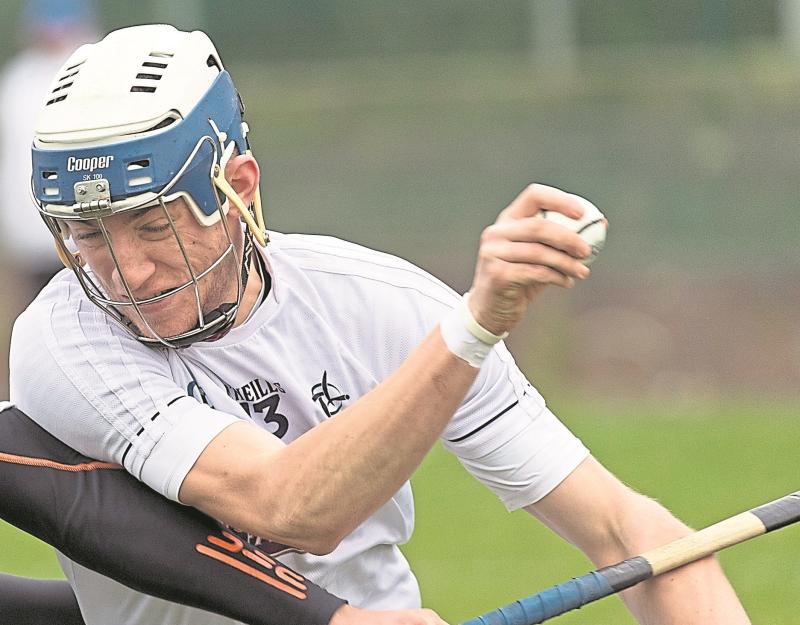 Naas were warm favourites coming into this Haven Hire SHC semi final and while they eventually booked their place in the decider they were given one almighty by a fired-up Éire Óg Corrachoill side who led by three minutes with 50 minutes on the clock in poor conditions at St Conleth's Park, this afternoon.

It was that man Jack Dempsey who dragged his side through this one, a superb display in atrocious conditions, the no 10 hitting  no less than 1-8, that included a converted sideline, two 65s and an absolute sublime goal in the 60 minute.

The opening half never reached any great heights but it was Éire Óg CC who led at the break by two points 0-7 to 0-5 as the rain poured down making good hurling extremely difficult.

Naas were made to work their socks off land when Liam Power goaled mid-way through for the Caragh boys and  it seemed they just might cause a major shock.

However a stunning final last ten minutes or so got Naas over the line, hitting 1-6 in a blistering finish.