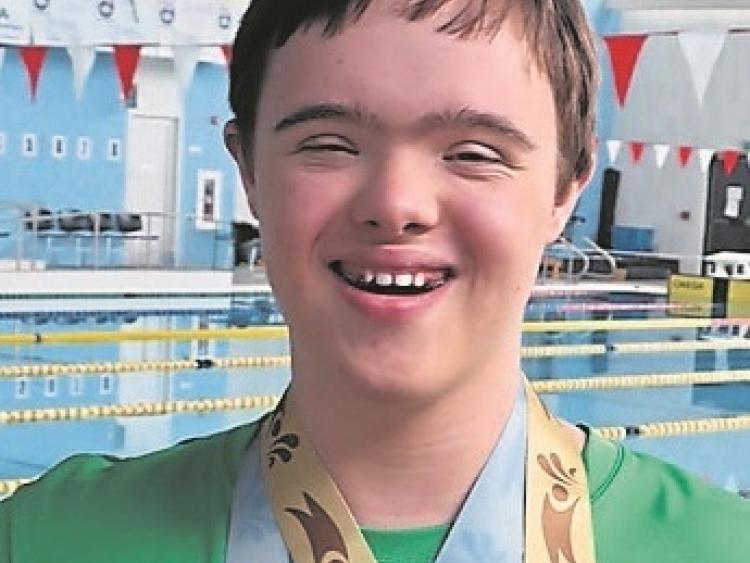 Straffan's Eoghan Ashe was one of the Ireland stars at the 5th Open European Swimming and Synchro DSISO (Down Syndrome International Swimming Organisation) Championships that took place in Olbia, Sardinia, Italy, from September 15-22.
IDSSO (Irish Down Syndrome Sporting Org.clg) brought a team of ten high performance swimmers to compete at this prestigious event.  These swimmers attained the qualifying times required by the international organisation Team Ireland is led by Áine Yap, Head of Delegation and Niall Molloy, Head Coach.
Eoghan Ashe, along with his nine other competitors competing for Ireland faced opposition from 17 Countries including USA, Russia and Argentina.
Eoghan enjoyed brilliant success and has been confirmed as Junior European Champion at 50 meter butterfly, 100 meter butterfly, 50 meter backstroke and 100 meter backstroke.
Head of Delegation Áine Yap commented that all 10 athletes achieved world qualifying times.
She stated that IDSSO is now looking forward to bringing the team to the world Trisome games in Antalya, Turkey in early April next year with the continuing support of Swim Ireland and Sport Ireland.
Áine acknowledged Aqualine’s sponsorship of tracksuits, which gave a fresh and modern look to the team.