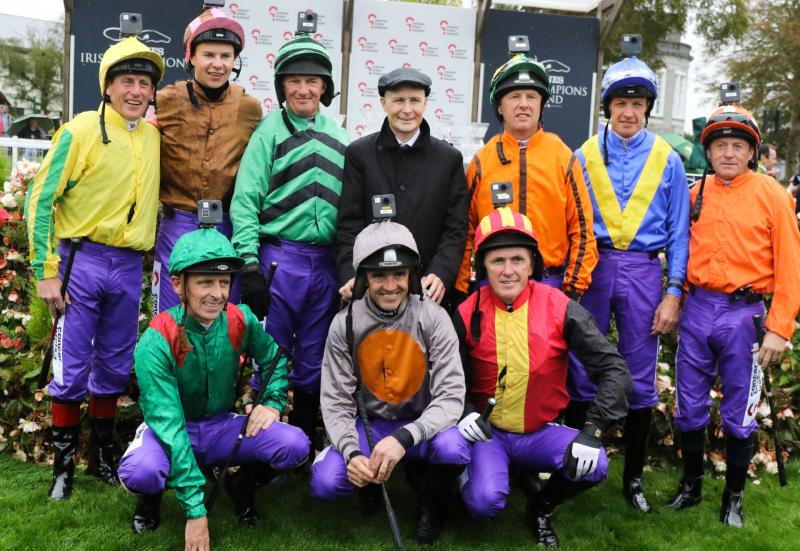 The nine-time Irish champion jockey was at the centre of an incredible fund-raising drive by Irish horse racing over Longines Irish Champions Weekend, which culminated in the Pat Smullen Champions Race for Cancer Trials Ireland at the Curragh on Sunday last.

The weekend of charity events included a charity dinner, an on-line auction in which items were donated by the racing and breeding community, specially-designed souvenir cups were on sale at both Leopardstown and the Curragh, while donations have continued to flood into cancertrials.ie, the charity’s website, even after the dust settled on a special weekend.

And now, with two cancer trials ready to be put into operation by Cancer Trials Ireland, the generosity shown will make a difference very quickly.

Donations are still welcome to cancertrials.ie and a small number of the limited edition reusable cups can be purchased.

Pat Smullen said: “I never dreamed that we would reach a figure like this and it is a tribute to the kind nature of everyone in the racing and breeding industry – I am overwhelmed."

Pat added “I also want to thank everybody in Horse Racing Ireland for their energy, ideas and encouragement throughout the campaign, the Longines Irish Champions Weekend committee, the Curragh, Leopardstown and the IHRB, the media, all the volunteers and everybody who played a role in helping us achieve our goals.

“Having worked with the team in Cancer Trials Ireland, I am excited with how they can make your donations work to give hope to those families affected by cancer. A sincere thank you to one and all.”