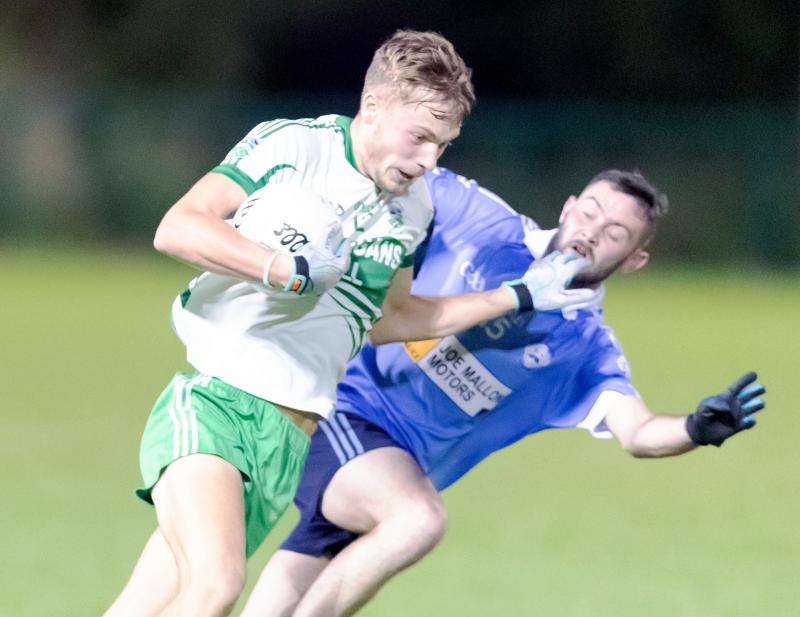 A point deep into injury time from Jack Sharkey saw Sallins defeat Allenwood this evening in the quarter final replay of the IFC in Hawkfield.

Sallins led at the break, 2-4 to 0-6, with two fine goals from Conor Herbert and Fergal Swan while one wondered if Allenwood's wasteful scoringattempts in the opening half would cost them.

In fairness Allenwood dominated the second half for long periods and went a point clear in the 61 minutes.

However Sallins showed what they were made of and points from Alan Kane and Sharkey's late point saw them over the line and into the semi final and a date with Lexilip.

The winners showed great resolve but Allenwood will wonder for a long time how they lost this one.