Eadestown give it their all but not enough 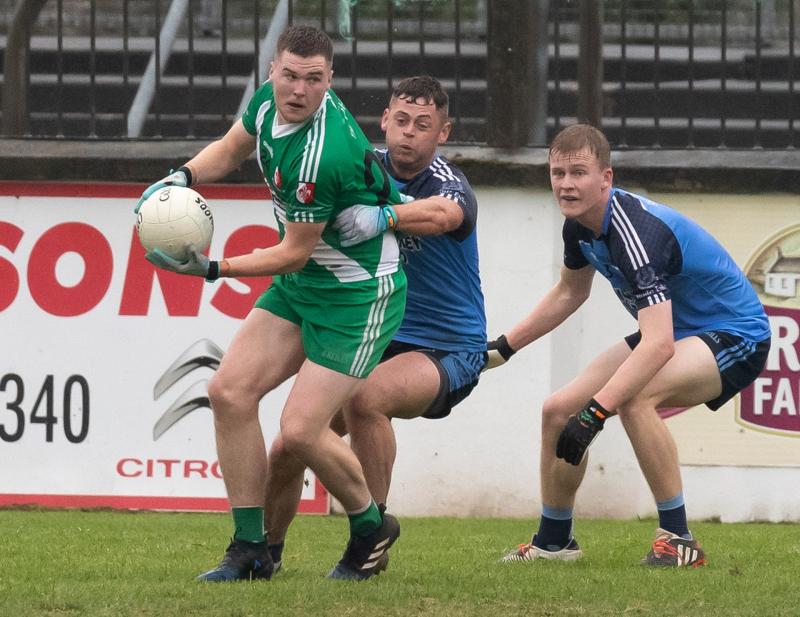 Sarsfields march on to the semi final of the Joe Mallon Motors SFC following this less than impressive win over Eadestown at St Conleth's Park this afternoon. But having said that the result was never really in any doubt despite Eadestown cutting an 11 point deficit back to four in the second half.

However they added two points before Robbie Confrey capitalised on a back pass to the keeper that went astray Confrey putting the ball into the empty net.

Sarsfields led at the break 3-6 to 1-3, hitting two goals in two minutes, both from Ray Cahill, the first from the penalty spot.

In the SFC relegatin semi final, Naas got the better of Raheens by two points, 1-6 to 1-4. Raheens now play Two Mile House in the relegation final.