Kildare GAA referees up in arms

Match officials understood to be annoyed with lack of action from Co. Board officials over a number of issues 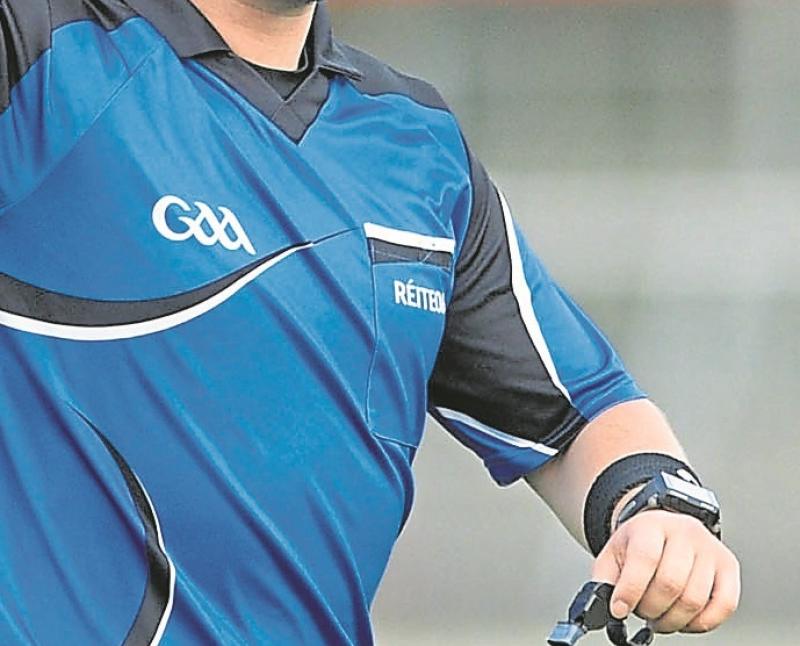 There is a potential crisis looming in Kildare GAA, at club level, as we head into a crucial championship quarter final weekend.

It is understood that (some) referees in the county are very annoyed at the perceived treatment they have been given from Kildare Co. Board.

It is believed that one prominent official has already tendered his resignation from the panel of referees.

There are a number of issues the match officials are understood to be very disenchanted with, one of the main ones being the number of decisions by referees that have been turned over by the Kildare GAA Hearings Committee. That is the independent committee that players and clubs appeal to once a suspension or fine has been handed down from the initial committee that looks after discipline within the county.

A number of referees have already met with Co. Board Officials but are reported unhappy with the outcome of their talks.

The Leinster Leader understands that the referees are due to meet again this evening (Thursday) but whether a decision is taken to withdraw their services for the upcoming weekend is not known at this point.

It is ironic that over the course of this season's championships a number of new,  young officials have been appointed to officiate at a number of games and many have impressed in what is always difficult circumstances.

This evening's IFC relegation semi final is expected to go ahead as scheduled.