Progress made on Sunday but no podium appearance 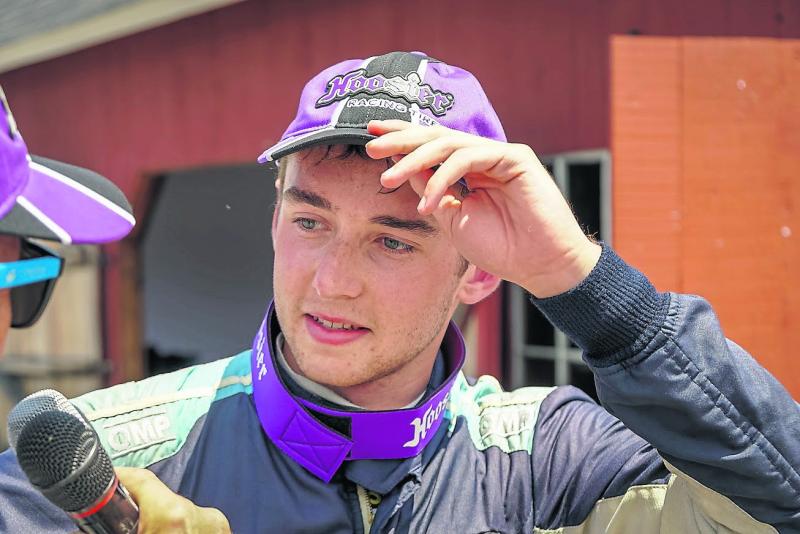 "Qualifying did not go as planned as we had some bad luck with the red flag flying after only two on track laps," explained the Irishman. "Not really getting the optimum out of the tires and equipment due to everything just coming up to temperature, I qualified in the sixth position and it really set the tone for the whole weekend."

Lining up for the race one standing start from outside row three, Roe was able to launch off the line and maintain his position. Completing half race distance and poised to attack for a top-five result, the car in front of the #95 entry spun, forcing James to take evasive action and through the grass.

Roe continued, "It was a difficult situation as I either wrecked the car, or tried to limit the damage which in the end was four on track positions as I drove through the grass. I was anxious for the restart to see if I could advance forward again, but green flag running was short lived after a three car crash brought the yellow flag back out, and I eventually finished the race in the eighth position."

With the grid for Sunday morning's race two based on race one fast laps, James Roe Jr. lined up inside row three in the fifth position. Another good start by the front three rows saw the running order remain static and the Global Racing Group driver earned another top-five finish in 2019 with a fifth place effort.

Race three would see the Irish driver begin his quest for another top-five finish from the eighth position. Once again, the grid was set on fastest lap from race two and just over a tenth of a second in lap time would have vaulted James from the P8 starting position to P4.

"I was able to have a tremendous start, and I passed one of my fellow competitors right off the line and then another two on the outside of turn one," explained James Roe Jr. "We had good pace, and I think if I could have started further up, we would have been able to challenge for the podium. At the end of the day, I think we maximized what we could with another fifth place result."

One month away from the next event at Road America, James Roe Jr. and the Global Racing Group will get back to work and regroup for the August 23-25 event weekend in Elkhart Lake, Wisconsin