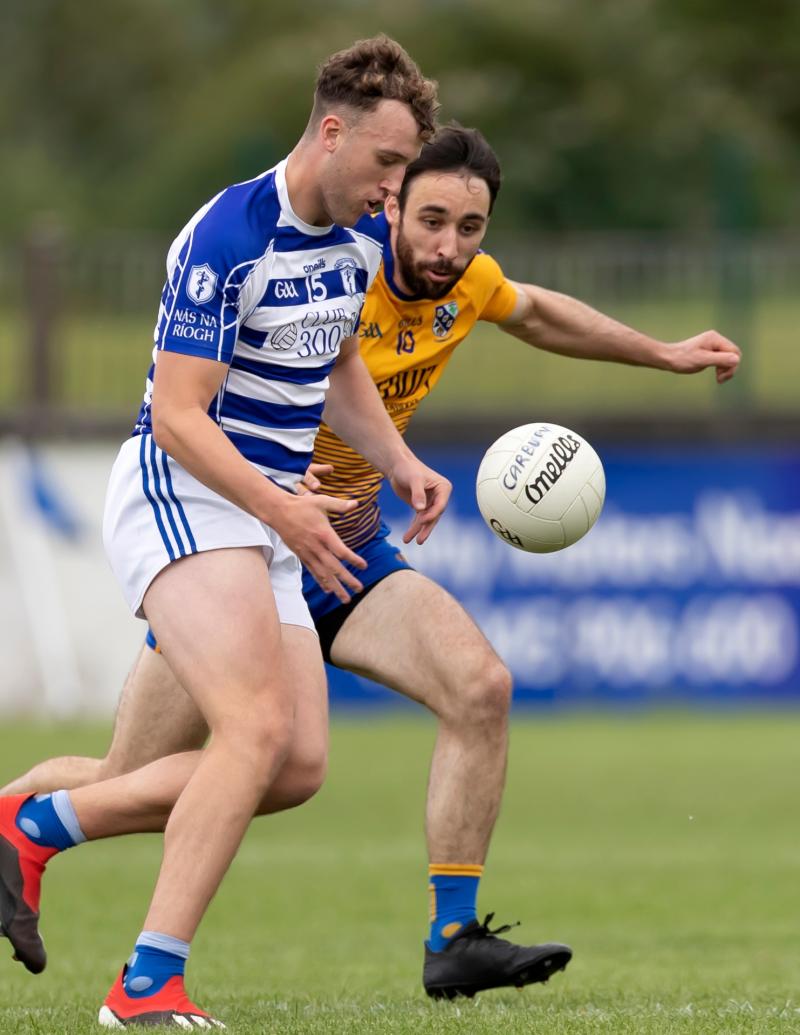 Naas were crowned the 2019 SFL champions after defeating Carbury after extra time in a marvellous game of football at St Conleth's Park this afternoon.

In a game that ebbed and flowed throughout Carbury led at the break 1-7 to 0-6 but Naas too control and looked to be on their way leading by two points with 61 minutes on the clock.

Naas went two clear in the opening half of extra time and consolidated their position in the second, eventually winning on a final score line of Naas 1-21 Carbury 1-18.