Kildare minors crash out to Galway

Lilies on back foot after conceding early goal 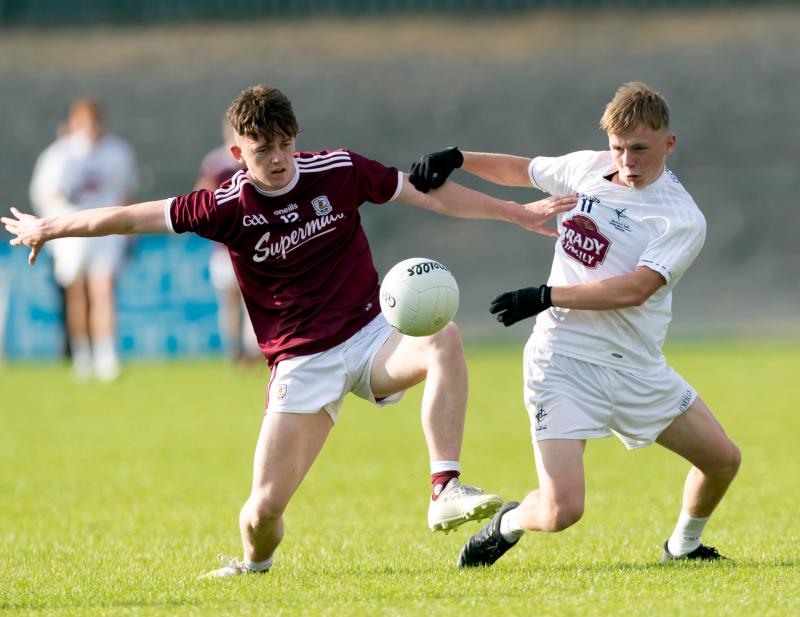 There was no less than eight points separating Kildare and Galway when the final whistle blew at Pearse Park, Longford, in this MFC All Ireland quarter final this evening (Saturday July 27) and in all fairness Kildare could have little complaints as the best team won, without a doubt.

The Leinster champs came into this one confident they could get the better of the beaten Connacht finalists but a goal after 25 seconds from Galway midfielder James McLaughlin put an early dent into Kildare's ambitions.

And at the end of the day that was probably the deciding of the game as the Lilies were on the back foot for the rest of the game as they battled gallantly, but unsuccessfully, to get back into the game but four second half points in the opening seven minutes of the resumption put an end to Kildare hopes.

The Lilies did get back to two points but, unlike Galway, struggled to get their scores while the boys in maroon always seemed to be able to get a point or two when it was most needed.

Aaron Browne was again the main Kildare scorer-in-chief, his five points from play showed what a talented player he is but Galway with former Clane player, Tomo Culhane a threat throughout, scoring six points in total, as the boys from the West ran out comfortable winners on a final score line of Galway 2-17 Kildare 0-15.