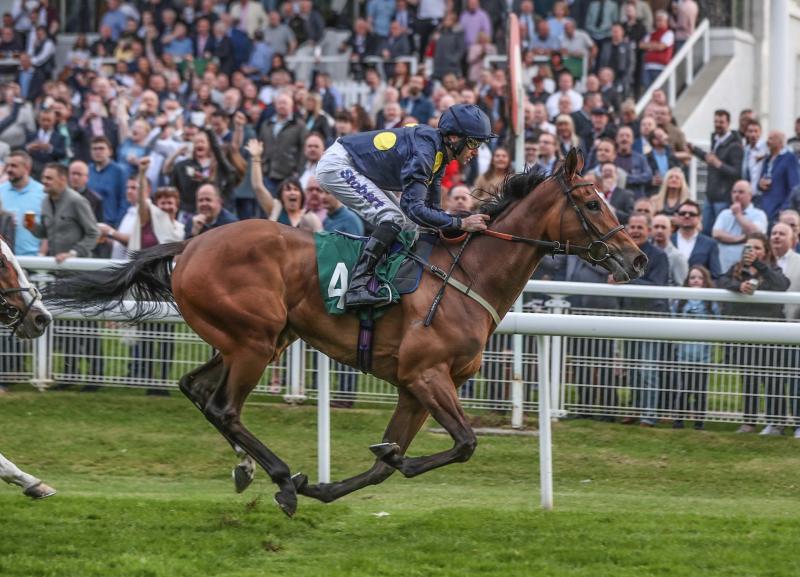 Shimmering Dawn is one of four English-trained runners in the Yeomanstown Stakes at Naas on Wednesday. Picture: Racing Post Photos

The €60,000 Yeomanstown Stud Irish EBF Stakes at Naas tomorrow (Wednesday July 23) should attract a big attendance as the highly competitiive race has a strong 17 field from both at home and across the water.

Earlier on the card Jim Bolger will saddle the highly promising Group 1 entrant Arranmore for the Irish Stallion Farms EBF Maiden. This colt will be looking to build on an excellent debut second behind Armory at the Curragh last month.

Wednesday will also mark the first meeting for new racecourse manager Eamonn McEvoy who was recently appointed to succeed Tom Ryan at the Kildare venue.

McEvoy commented: “We are looking forward to a great evening of racing and the feature Yeomanstown Stud Stakes is a very competitive looking renewal.  We are delighted to see four English trainers coming across for the race and I am very excited to welcome everyone to Naas for my first meeting in my new role.”

Live music on the evening after racing comes from the extremely popular band The Kilkennys. The Kilkennys are a traditional Irish folk and ballad band who will take to the stage after the last race.

Gates open 4.30pm, firstrace is at 5.50pm and music will kick off at approx 9pm. Admission tickets are just €15, Panoramic Restaurant and Beer & Burger packages are available to book online at www.naasracecourse.com