Three second half goals the difference 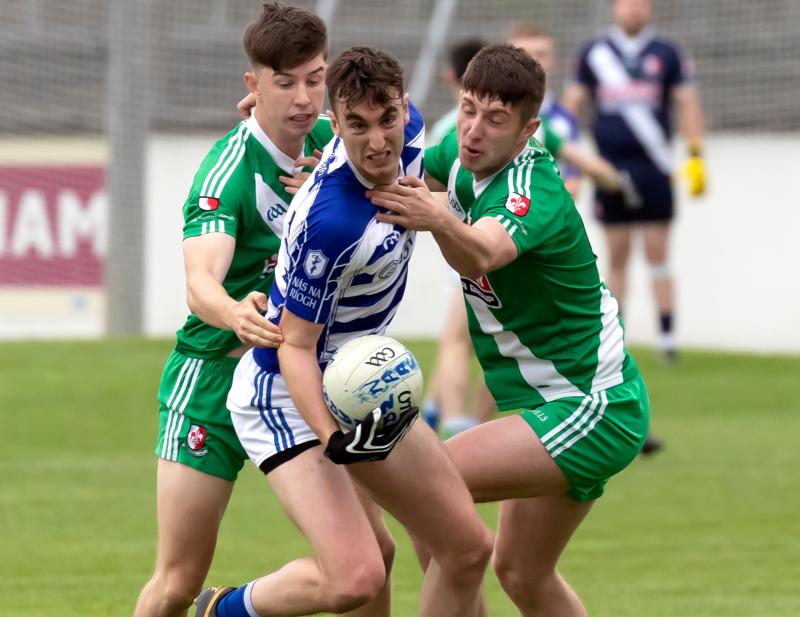 Eoghan Bateman (Naas) comes under pressure from the Ryan brothers of Sarsfields, Shea and Daragh

Naas booked their place in the EMS Copiers SFL final with a comfortable nine point defeat of Sarsfields in very poor conditions this afternoon at St Conleth's Park.

In a lively game a first half goal from Colm Joyce was the difference between the sides as the county town boys led 1-5 to0-1.

With the wind and heavy rain on their backs Naas looked like they would win with ease but that was not the case as Sarsfields drew level on 34 with a fine goal from Declan McKenna.

However the Newbridge boys never got their noses in front and three second half goals, all it has to be said of the soft variety, two from Eamonn Callaghan and one from Ronan Joyce was enough for Naas to deservedly book a place in next weekend's final against Carbury.