Co. Board thank O'Neill while the former manager has also released a statement 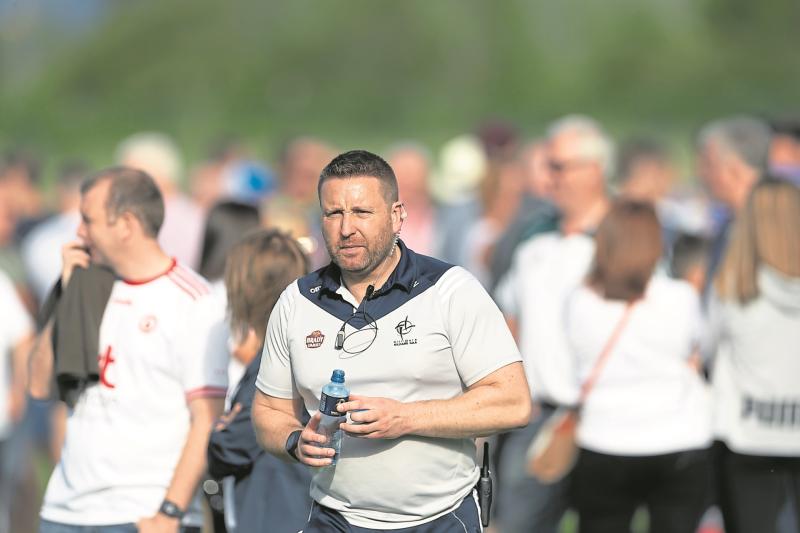 Kildare Co. Board have confirmed (exclusively revealed by the Leinster Leader this morning) that Cian O'Neill has resigned as Kildare senior football manager.

The Co. Board have released a statement thanking Cian while he (Cian) has also thanked everyone for their help and assistance over the past four years.

We (Kildare Co. Board) wish to express our sincere thanks to Cian for his hard work, commitment and for the professionalism that he brought to the role that he has filled for the past 4 years. We also wish to thank the management teams that have worked alongside him during that time. Cian along with the management teams have all given of their time selflessly for the greater good of Kildare and we are extremely grateful to them all.

County Chairman Ger Donnelly has expressed his sincere gratitude to Cian on behalf of Kildare GAA and we wish him and his family all the best in their future endeavors.

Having recently informed the Players, Management and Backroom, I met with the Co. Board yesterday to inform them of my decision to step down from my role as Kildare Senior Football Team Manager. As a proud Kildare man, it was an honour and privilege to have been given the opportunity to work with an exceptional group of players, each one of us doing our best to represent our clubs and county with distinction at all times.

Unfortunately, the successes of consecutive promotions from Division 3 to Division 1, a 1st Leinster Final in 8 years and progression to the Super 8’s in 2018 was met with equal disappointment across these 4 years where frustratingly we didn’t always reach our potential as a group. As Manager, this is my greatest regret and ultimately my responsibility, and this undoubtedly informed my decision to step away from this role. This will hopefully leave time and space for my successor and the chosen group of players to take the challenge to a new level under a new direction.

I would like to pay a particular mention to our main sponsor, Bill and John O’Brien and all the Brady Family group, who have always offered great support to the team and indeed Kildare GAA as a whole. I would also like to thank Joe, Anthony and Philip Mallon from Joe Mallon Motors for their continued support throughout my tenure. To Richard Meehan and the Meehan Family Food Group, Paddy Kelly in Tegral, Nick Egan in Britvic, David, Cyril and Éamonn in Mongey Communications, and finally Pat Cronly, a great friend of the players; thank you for all of your selfless help and support at all times, most of which was done quietly and without fuss, but when it was needed most by the group. To those loyal supporters who stood by us through thick and thin, thank you for backing what we were trying to achieve, even when we didn’t give you enough to shout about!

I would also like to thank the Club Kildare Team for your continued backing of our group over the last number of years and best wishes for the really exciting developments planned for the near future. To Ger and all the Co. Board, a special thank you for putting your trust and faith in me 4 years ago when Kildare were at a particularly low ebb, having been relegated to Division 3. Everyone in the KSF set up is acutely aware of the constant support and backing that you gave to us, in difficult times and good, and we all really appreciate that.

To my friends and colleagues in the Management Team - Alan, Tom and Karl - and also to those who went before you, thank you for bringing an unbridled level of trust, loyalty, passion and excellence to the set up; something that the players and I will be forever indebted to you for, on both a personal and professional level.

To the team behind the team, a sincere thank you to each and every member of the Backroom whose professionalism and expertise helped to create a high performance environment that many professional sports teams would be envious of. And finally to an incredible bunch of players … it was truly an honour to have worked with you all over the last 4 years. Your effort, diligence and commitment to be the best player you could be was what kept us all going in difficult times and laid the foundation for our relative successes in the good times. Your journey is only starting in many ways - every season takes on a life of its own - so I look forward to watching and supporting you all in the months and years ahead. There is so much uncertainty in sport and life, but one thing that I am certain of is that you are a credit to your club, your county and your families.

Finally, to my wife, Tammy; father, Peter; and all of my family and friends; I thank you for your unrelenting and unwavering support, belief and patience ever since this journey began. I couldn’t have given all that I gave to this role without your backing and support. After 4 years of travelling from Cork to Kildare 3-4 times a week, and with it a level of commitment and selfishness that means other aspects of life undoubtedly suffer, it’s time to hand the baton over.

Thanks for everything men - Cill Dara Abú.