Win over Athy, along with other results, gets Carbury into last four 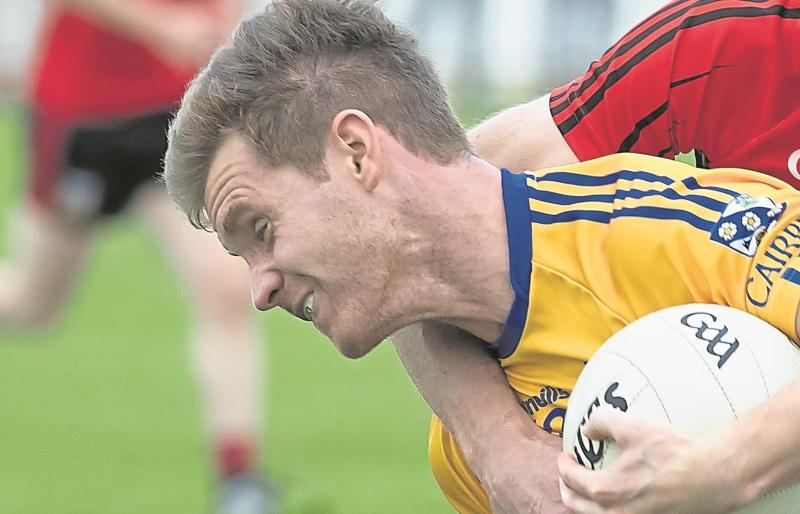 Eoghan O'Flaherty on the mark for Carbury

With Moorefield, Naas and Sarsfields already through to the EMS Copiers SFL Division 1 semi finals, prior to today's final round, all eyes were on the two teams in fourth and fifth position and while there was a total of six teams all on ten points, it was the winners of the aforementioned tie, played at Geraldine Park, Athy, that looked all but certain to make up the quartet.

And that is how it turned out, as Carbury, came from behind,helped by an Eoghan O'Flaherty converted penalty, to win by two points 1-14 to 1-12.

Other results to hand:

Milltown and Rathcoffey relegated to Division 4.