Winners have two to spare over favourites Naas 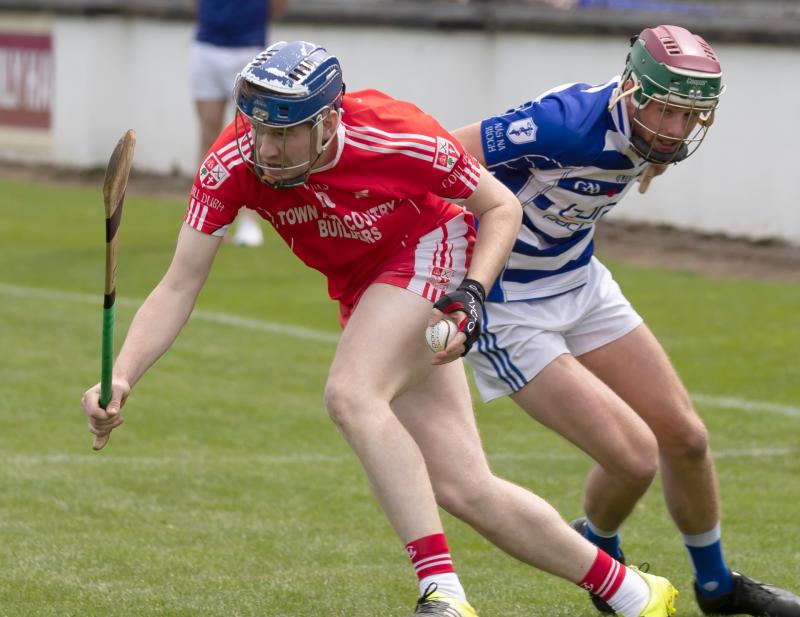 The celebrations after Coill Dubh defeated Naas (0-17 to 0-15) in the final of the Haven Hire SHL Division 1 at St Conleth's Park this afternoon showed what this win meant to the boys in red, managed  by John Byrne.

The turning point of this one came early when Naas keeper, Jeff Keane, was shown a straight red after making contact with Jonathan Byrne, after the ball had gone wide.

Naas took one of their star forwards, Jack Sheridan, out of their attack, and put him in goals, and while he (Sheridan) did score two frees, his outfield play was sorely missed when the pressure came on.

Coill Dubh held the upper hand for a lot of the opening half but led by just one at the break 0-8 ti 0-7.

Naas went three points clear mid-way through the second half but Coill Dubh refused to roll over and came back hitting four points in a row to go two clear.

Naas responded with a Brian Byrne free but that was as good as it got.

Naas did have one late chance when a free some 26m out was taken by Jack Sheridan whose effort was brilliantly blocked away by Dubh keeper.