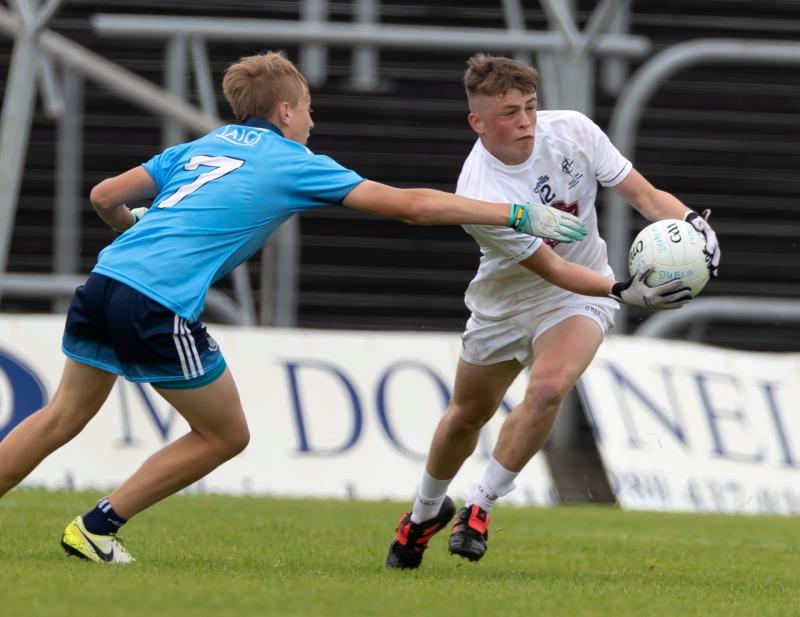 Where do you start to explain this one.

Magnificent game between two excellent teams  but there can be no denying The Lilies as they deservedly claim another Leinster title and when it's Dublin that is on the other side it makes it all the more sweeter.

Dublin led by a point at half time, 0-8 to 0-7, the game having been held up for a serious looking injury to Dublin no. 6 Senan Forker.

Kildare went five down three minutes into the second half but then took control with five unanswered points to lead by one but Dublin hit back to level in the 64 minute.

Kildare got off to a flyer in extra time, Eoin Meehan before Eoin Bagnall blasted to the Dublin net, Dildare got it back to three before on the stroke of half time Aaron Browne got Kildare's second goal to lead 2-17 to 1-14.

Three quick points at the start of the second half (extra time) and Kildare looked all but home and hosed and while Dublin through everything at them, The Lilies held out with some outstanding defending to take the title on a final score line of Kildare 2-21 Dublin 1-19.