Tyrone always in control against Kildare

Too much fire power for Lilies 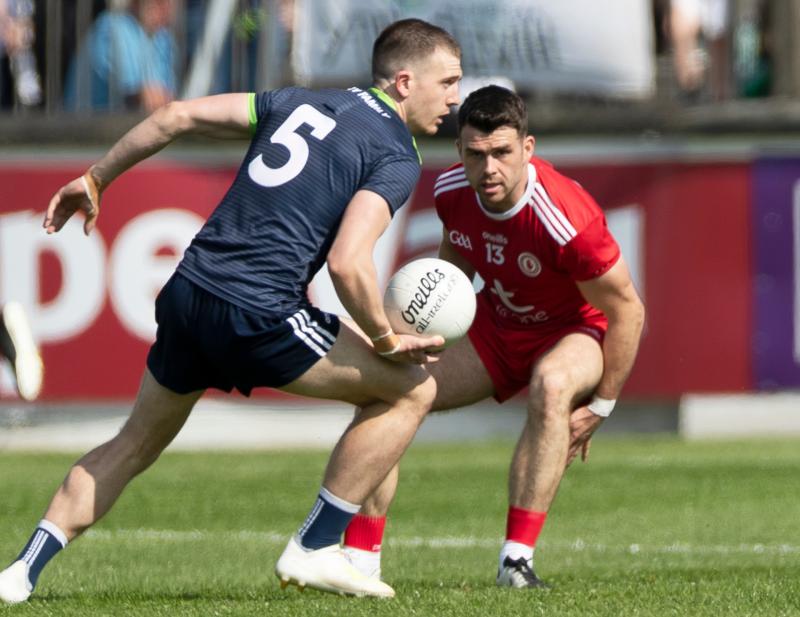 Tyrone booked their place in Round 4 of the All Ireland Qualifiers after cutting down Kildare at Newbridge this afternoon. In the end there was all of ten points separating and in fairness they were probably worth all of that.

Tyrone dominated early on and looked very comfortable when leading 1-7 to 1-4 after 30 minutes but a Kevin Feely goal before the break brought Kildare back in it and at half time trailed by just three 1-9 to 1-6.

Kildare manager Cian O'Neill said "we were happy at the break, just three down but just like the first half, Tyrone hit us hard on the resumption; once we went down to 14 (Mick O'Grady second yellow) that was it but the lads kept at it, gave it their all and I am very proud of them."

With an ability to get their scores a lot easier than Kildare Tyrone slowly pulled clear and when Mick O'Grady picked up a second yellow and a red on 50 minutes the game was all but done and dusted.

A second Tyrone goal arrived on 58 minutes, Darren McCurry palming to the net.

Kildare in fairness kept plugging away but in the end were simply outrun on a finals score line of Tyrone 2-22 Kildare 1-15.