Just eight runners go to post in race worth €1.5 million 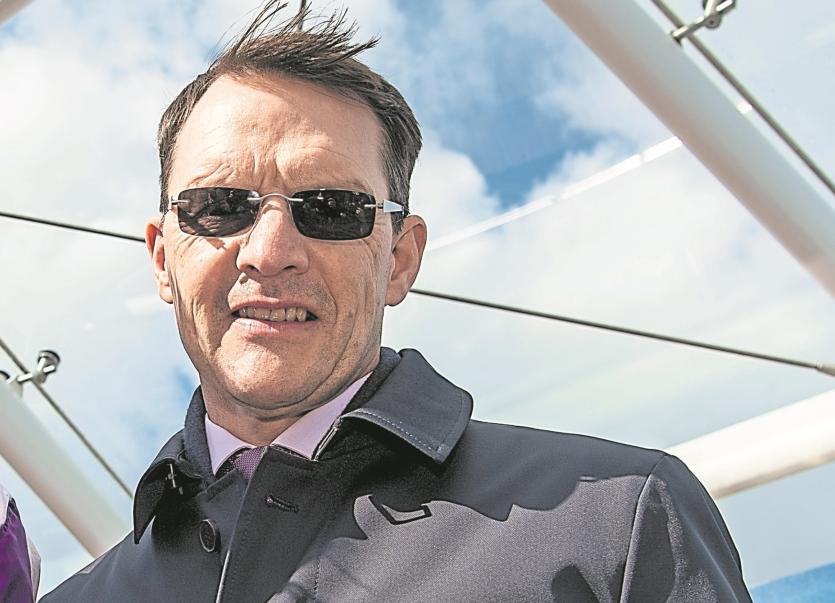 Just eight runners will line up for Saturday's Dubai Duty Free Irish Derby at the Curragh, five of the declared runners coming from the Aidan O'Brien yard.

Kevin Prendergast's Epsom Derby runner-up, Madhmoon is looked upon as the biggest threat to the O'Brien favourite. The soon-to-be 87-year-old trainer, who has never won the Irish Derby, expressed confidence mid-week that his runner will run a big race and all going well be there or thereabout at the business end of affairs.

Dermot Weld and Jim Bolger are both chasing a third win in the great race.

The Rosewell House trainer relies on another Hamdan Al Maktoum-owned colt in Rakan who earned his place in the line up when winning the King George V Cup at Leopardstown earlier this month. Jim Crowley will take the mount on the Sea The Stars colt.

Jim Bolger will be represented by the Group 3 winner, Guaranteed, as he looks to build on a victory in the Silver Stakes at the Curragh earlier this month. He will aim to emulate Trading Leather who won the Silver Stakes en route to Irish Derby glory in 2013.  Guaranteed will be ridden by Kevin Manning.

The Derby Festival gets under way this evening, Thursday June 27, first on the seven race card is off at 17.45.