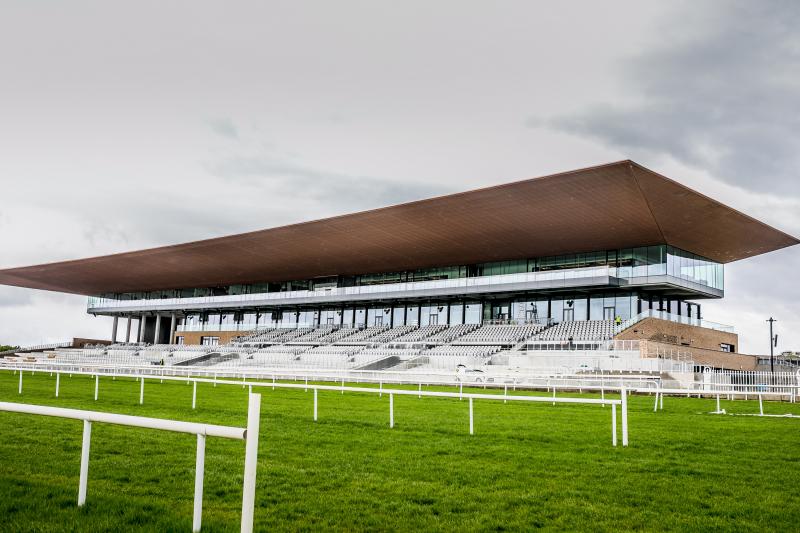 The sense of expectation is rising ahead of the 12th Dubai Duty Free Irish Derby Festival, which takes place at the newly-renovated ‘Home of the Classics’, The Curragh Racecourse from June 27 to 29.

The Dubai Duty Free Irish Derby is the feature event of the festival of high-octane racing on Saturday 29, with the best horses, jockeys and trainers in the world taking each other on in front of an enthralled audience reveling in supreme hospitality.

This has guaranteed quality participants. Indeed in 2017, the colts’ Classic was rated the top three-year-old race in the world, as the Seamie Heffernan-ridden Capri provided trainer Aidan O’Brien with a staggering 12th triumph in the mile-and-a-half contest.

Trading Leather was a very popular winner in 2013, bridging a 21-year gap for trainer Jim Bolger from his previous triumph with St Jovite in 1992. This had a strong family link too as the Coolcullen maestro not only trained Trading Leather, but also bred him, while he was owned by Bolger’s wife Jackie and ridden by their son-in-law Kevin Manning.

Aidan and Joseph O’Brien combined once more for glory in 2014 with Australia, before John Gosden and William Buick joined forces with Jack Hobbs for the first English-trained victor since Balanchine, owned by Dubai ruler Sheikh Mohammed Al Maktoum’s Godolphin racing operation, beat the boys in 1994.

The County of Kildare had a very local success in 2016, as the Aga Khan-owned Harzand made the short trip from Dermot Weld’s Rosewell House to claim the honours under Pat Smullen. Capri led home a stellar field in the 2017 renewal.

Last year supplied another tremendous story when the aforementioned Joseph O’Brien bagged his first Dubai Duty Free Irish Derby as a 25-year-old trainer, his 19-year-old brother Donnacha providing the encouragement from the saddle and denying the siblings’ father Aidan another success in the process.

Executive Vice Chairman and CEO of Dubai Duty Free, Colm McLoughlin said: “The Dubai Duty Free Irish Derby is always a fantastic contest and last year provided us with a tremendous narrative as Joseph O’Brien, who had ridden the winner of the race twice for his legendary father Aidan, won it for the first time as a trainer with Latrobe, who was ridden by Joseph’s brother Donnacha.”

Dubai Duty Free spends 2.5% of its annual turnover on marketing each year, most of which is dedicated to sports sponsorship.

“Sports sponsorship allows us to reach a global audience via the media exposure that goes with each of events we are involved with”, said Mr McLoughlin.

“Each of our sponsorships are very carefully chosen to ensure they align with our potential customer base and the discerning traveller who might consider visiting the vibrant city of Dubai for business or leisure. We are very focused on utilising our sports sponsorship to continue to communicate all that Dubai has to offer.”

He went on to say, “Since we took over as title sponsor in 2008 we have been committed to building our association with this prestigious race and to engage with as many communities as possible both on and off the track. That is a key component of all our sponsorship relationships.  Away from the track we hold a golf classic at The K Club and for many years we have hosted a charity ball to raise funds for children’s charities.”

That this will be the first Dubai Duty Free Irish Derby Festival to be held in the plush, new, state-of-the-art Curragh facility only adds to the attraction and status of what is already an enticing prospect for owners, trainers, racing followers and anyone looking to be entertained.

On Friday June 28, the executive team and their guests from all over the world will attend a charity lunch at The Curragh Racecourse called ‘Under StARTers Orders’ when six life sized horses, made out of fibreglass and painted by leading Irish artists will be sold to raise funds for two charities, Irish Injured Jockeys and Sensational Kids.

Courtesy of Dubai Duty Free, the Best Dressed Person will win a luxury trip to Dubai for two including flights and accommodation at the Jumeirah Creekside Hotel, where he or she and a guest will stay for five glorious nights. Jumeirah Creekside Hotel, owned by Dubai Duty Free, is a luxurious five-star hotel, offering an authentic cultural experience in the heart of the city.

The winning person will also be treated to a €1,000 Dubai Duty Free spending spree where they can shop for the latest tech gadgets, clothing, designer handbags, perfumes, jewellery or cosmetics. The airport retail operation is one of the largest in the world and with a turnover of US$2.015 billion in 2018, is clearly a haven for shoppers seeking a wide array of goods. The Best Dressed competition will be judged by Breeda McLoughlin, wife of Colm McLoughlin of Dubai Duty Free, Bairbre Power of the Irish Independent who is the lifestyle ambassador for the Dubai Duty Free Irish Derby and fashionista, Lorraine Keane.