Naas and Coill Dubh to clash in Kildare SHL decider

Decision this evening if final goes ahead this Sunday 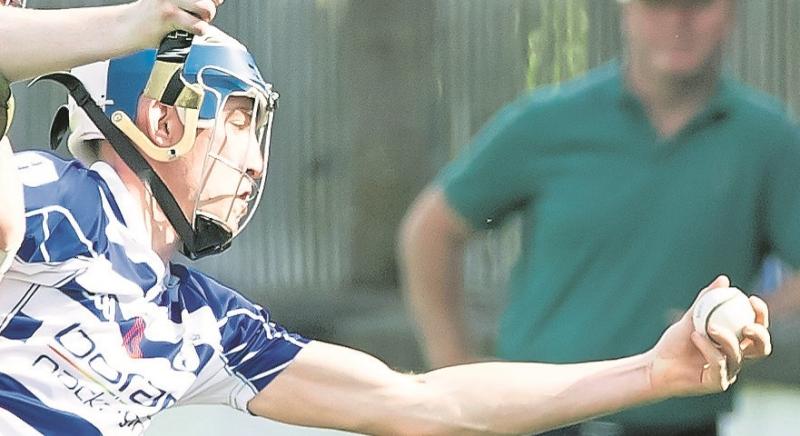 Naas and Coill Dubh qualified for the final of the 2019 Haven Hire SHL final following their respective wins over Éire Óg Corrachoill and Confey respectively on Tuesday evening.

Naas had home venue for their clash with Éire Óg CC and while in the end their won somewhat comfortably, nevertheless the boys from Caragh hung in there for a fair part of the game before conceding 1-5 in the final seven or eight minutes.

The win came at an expense for Naas, however, as they lost Kieran Maher inside the opening ten minutes while full back John Gorman was carried off before half time and was taken to hospital for treatment.

Near the end of the game star full forward James Burke was also forced off but the Kildare U20 midfielder is expected to be available for Kildare's opening championship tilt with Laois on Tuesday evening of next week.

A four point blast at the start of the second half showed Naas were intent on booking a final place and while Éire Óg CC kept the score board ticking over they had to work a lot harder than their opponents for scores, the winners finishing with a flourish of scores eventually winning 1-24 to 1-12.

Meanwhile Confey had the home venue for the second semi final, played at the same time in their North Kildare headquarters.

With both these sides in the same group in the upcoming SHC there was more than just a League final place at stake as a win for either would put down a marker for upcoming games.

Coill Dubh, fielding at near full strength for the first time this season, led at the break by one, 1-7 to 0-9, the goal coming from Johnny Byrne.

The sides were level after some ten minutes of the second half but Coill Dubh gradually took control and while there was no more than three points between the sides until late in the half, a scoring burst from Coill Dubh in the last ten minutes saw them put more day light between the sides with Declan Flaherty and Johnny Byrne stamping their class on proceedings as Coill Dubh ran out eventual winners on a final score line Coill Dubh 1-19 Confey 0-15.

The Haven Hire SHL decider is due to be played on Sunday, with a 7.15pm throw-in at St Conleth's Park. However, that final is in some doubt as three members of the Coill Dubh side, Mark Grace, Declan Flaherty and Ryan Casey, are involved in Sunday's Leinster Junior football final at Croke Park when Kildare take on Meath, while Naas' James Byrne will, hopefully, in action for the U20 footballers on Tuesday evening of next week.

A meeting of the Kildare CCCC due to take place this evening (Wednesday June 19) will decide on the fixture, " into consideration any request to have the game postponed."