What are our best chances 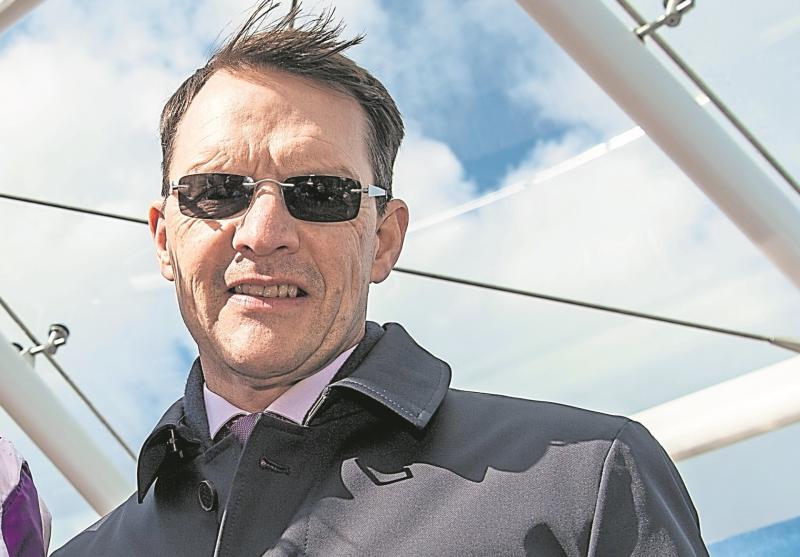 Aidan O'Brien, more success on the way this week?

It might not be as lucrative a meeting for us as the Cheltenham festival has been in recent years but Royal Ascot has now become something which is synonymous with Irish winners. Whether it be Aidan O’Brien or Willie Mullins, we will have a cluster of winners over the next five days. But which races will provide us with our best opportunities? Let’s find out.

ASCOT STAKES
Today’s Ascot Stakes is a race we’ve dominated for quite some time now. So much that at 530pm this afternoon, we’ll be bidding to make it six on the bounce in this ultra-competitive staying contest.
Willie Mullins generally holds the key to our chances, having won the race four times in the past, and guess what, he’s got the favourite this afternoon.
Buildmeupbuttercup has plenty to find on form and while Ryan Moore is booked to ride, Mullins will really have to work his magic to get win number five.
Mengli Khan would appear to hold much stronger claims for Gordon Elliott, who’s no stranger to Royal Ascot success, while there’s also Snow Falcon and Arctic Fire to consider. Overall, we’ve a fine chance of success even if they favourite doesn’t deliver.

QUEEN’S VASE
Solely down to Aidan O’Brien, we’ve won six of the last 12 Queen’s Vase Stakes and three of the last four.
The Ballydoyle genius has trained the lot so all eyes will be focused on what he declares for tomorrow’s 1m6f showpiece.
The ante-post betting has revolved around Western Australia, a recent winner of a Navan Listed contest. On that occasion, the son of Australia was doing his best work close home and he looks tailor made for this.
To back him up, O’Brien has got options with Il Paradiso and Harpo Marx while Joseph O’Brien could run Eminent Authority, a horse sure to appreciate this step up in trip.

RIBBLESDALE STAKES
It might not get the plaudits of the Coronation Stakes but the Ribblesdale Stakes is most definitely a race in which Irish fillies have excelled in over the past decade. In fact, with a terrific strike rate of supplying 75% of the last eight winners, you’d have to think that once again, we hold a strong hand of delivering once more.
It hasn’t just been about Aidan O’Brien but the fact that he has won two of the last three runnings, and that he’s the only Irish trainer with a runner, everything points to him.
Fleeting appears to be the main Ballydoyle bullet here after her eye-catching third in the Epsom Oaks and she’s got a very similar profile to O’Brien’s two previous winners of this race too.

Of the two-year-old races at Royal Ascot this week, it’s the Chesham Stakes in which Aidan O’Brien should be monitored most closely.
In recent years, he’s the only trainer who’s given us glory in the Saturday showpiece and regardless of how he fares earlier in the week, he’ll provide us with some serious firepower here.
The early indications are that Lope Y Fernandez will spearhead the Ballydoyle charge. It’s always a good sign when a two-year-old can win on debut and the manner of his stylish win at the Curragh earlier his month suggests that he’ll be very tough to beat in Saturday’s opener.

It may not be a race that we’ve done quite as well as the Ascot Stakes four days earlier but Saturday’s Queen Alexandra Stakes is still a contest that we’ve a pretty impressive record in.
Four of the last seven winners have been Irish trained and we’re once again sure to hold a strong hand in one of Flat racing’s longest races.
This time around, Irish punters are likely to turn to Willie Mullins for the answer and Max Dynamite may indeed provide that. Should he line up, then he’ll be expected to go close given that his last eight starts on the level were in group company and many in Group 1 races.
On Saturday, he'll be competing at a much lower level and that should see him return to winning ways. It’s also worth noting that five of the last six winners have been aged seven or older, which is also a boost to Max Dynamite’s chances.