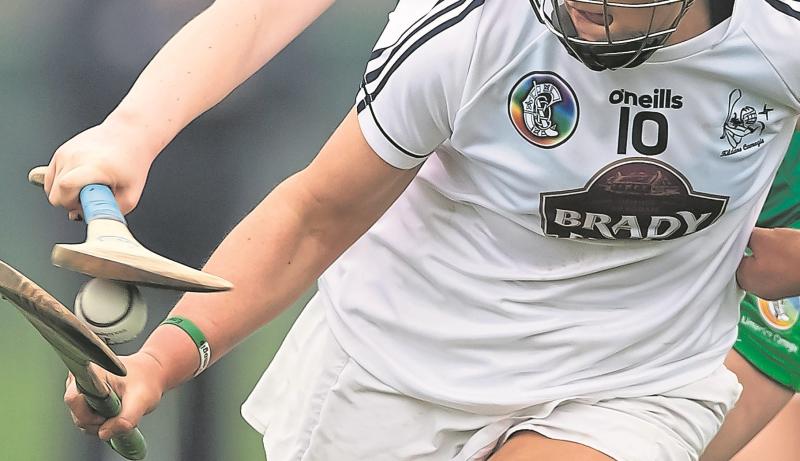 Nina Simone sang about the new dawn and there is a hint of that about the Kildare set-up this year.

Certainly, Emma Kielty is Feeling Good following a confidence-boosting National League campaign that ended with the Lilywhites returning to the second rung of the ladder as Division 3 champions.

After a run that had brought them through the levels to Division 2, and an All-Ireland Intermediate Final following Junior A and Premier Junior Championship successes, the wheels came off the wagon last season, as many of the Senior players departed for a variety of reasons.

Siobhán Hurley returned to the fold this year after taking time out to travel, while Clodagh Flanagan is another of the stalwarts back in action having had work and study commitments. Dearbhla Byrne and Áine Conway were two others who are available once more.

On the back of a morale-boosting spring, and with young players such as Kielty, Caoimhe Shiels, Holly Tynan and League Final Player of the Match, Caoilfhionn Hallissey stepping up to the plate in such fashion to build on the experience of being All-Ireland Minor Shield victors last year and All-Ireland Under 16C champions in 2016, no wonder Kielty is looking forward to the commencement of the Liberty Insurance All-Ireland Intermediate Championship.

There is no gentle introduction to their Group 1 programme, with Westmeath visiting St Conleth’s Park in Newbridge this evening (5 pm). It doesn’t get any easier either as Cork, Dublin, Galway and Kilkenny’s second-string teams, as well as Antrim will provide future hurdles to the target to reach the knockout stages once more.

Nonetheless, Kielty is “buzzing for it now”, the Éire Óg Corra Choill talent excited about the possibilities.

“It was good to get the bit of silverware but (we must) push on now” states Kielty. “It will be a different level now with Championship. But we are ready for it. We have been training really hard.

“It definitely is a very young team. Last year was a tough year to get through. A lot of the experienced players moved on and did a lot of travelling. But we have got a good few of them back, the likes of Siobhán Hurley, which is brilliant to get back. We are mixing very well. The older girls are lovely anyway. It’s going well so far.

“When I first got onto the team two years ago, I was very young and Siobhán and Tanya Johnson especially, before matches, would always come over.

“You would be a bit nervous in the first match of the Championship. They would always have said, ‘Go out and play your own game. There is no pressure on you because nobody expects anything just yet.’ But now - not that I am one of the experienced players, but I’m there a few years – you pass it on to the younger girls coming up again. You just learn from the older girls and pass it on.

“When you know that they trust you and you trust them, it’s completely different when you are on the pitch playing with them. They have your back and you have theirs.”

The competition for places has ramped up significantly and that has been evident in training, standards rising all the time. And having players that know what it’s like to win, with Kildare and at club level too with Johnstownbridge, is invaluable. And now, the younger crop have had a taste too to go with their underage success.

“We definitely want more. We were unlucky two years ago to lose in the Semi-Final to Meath. That could have been a big day out in Croke Park. We lost by two points and it was hard to get over that one and they went on to win the All-Ireland. So we definitely want to push on and get to the Final.”

Kielty, a 19-year-old student primary school teacher who played underage football for Kildare but is focusing very much on Camogie, comes from staunch GAA stock, her maternal grandfather Séamus Boggan having played with Wexford. A number of her cousins are regulars with St Martin’s.

“It is all GAA really in our family. I have played a bit of tennis and volleyball but mostly GAA. We are always out on the pitch.

“I started hurling with the boys, and the same with football. I played with the boys until Under 10 or Under 12. It makes a difference. It makes you harder and tougher from the get-go.

“It is starting to get that little bit more professional. There is nutritionists and the likes coming in, which is good, it’s good to see it going that way. It is a big part of it. You have to look after yourself if you want to be able to play the big matches and keep fit.

“The commitment is huge but it is all for the sport. It is brilliant. I wouldn’t have it any other way.

“It is your own choice. Everyone has the same love. Everyone is going to training because they love it and they want to play the sport. It is nice being in that environment where everyone is on the same boat. Everyone is putting in the same commitment. It is what keeps you going really.