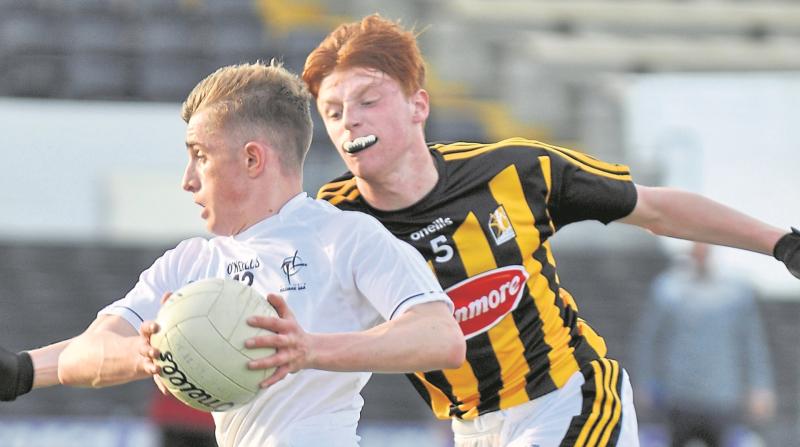 Kildare, already assured of claiming top spot in Group 3 of the electric Ireland Leinster MFC prior to Tuesday evening's clash with Kilkenny at Nowlan Park, duly defeated the home side, if not overly convincingly, on a final score line of Kildare 1-12 Kilkenny 0-5.

While the visitors opened the scoring through midfielder and captain, Shane Flynn inside 30 seconds, Kilkenny leveled up soon after but it was the visitors who dominated the early exchanges but finding the posts proved somewhat difficult as they notched up six wides in eight minutes.

Having made 13 changes from the side that defeated Louth in the previous round, The Lilies took a while to settle but by half time led 1-5 to 0-3 with Carbury man Oisin Milmoe the main scoring threat throughout that period, hitting 1-4 in the opening half, the goal coming in the 25 minute after combining with Naas' Declan Kirwan.

The second half followed a similar pattern, Kildare adding a quick point from Dan Woulfe and while Kilkenny added points from Vincent O'Grady (free) and a similar score from Ryan Murphy, it was Kildare who kicked on to defeat the DJ Carey managed home side 1-12 to 0-5.