Punchestown: Andrew Coonan on the thrills and spills and his role with the IJA

The IJA provides a voice for riders including their health safety, welfare and career opportunities 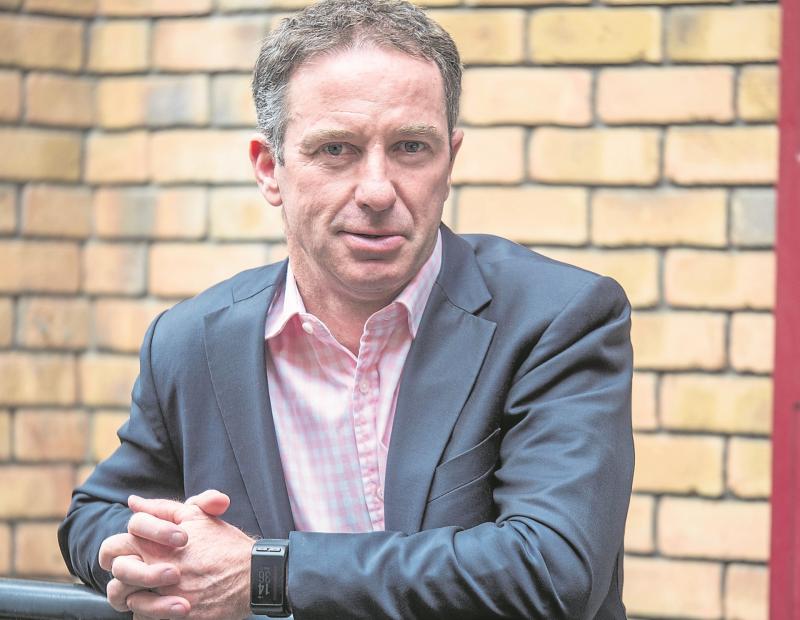 If you fancy sitting aboard a beast with a mind of its own, moving at speeds of up to 40 miles per hour with nothing between you and a crashing fall save for a thin leather plate and two stirrups - it’s the job for you.
Horse racing fans often wonder what it is that compels someone to become a jockey.
Sure, there is an element of risk associated with many sports and rugby probably comes to mind quicker than most.

However with horse racing the chance of injury comes with a money back guarantee.
And with National Hunt racing it’ll happen more quickly and more often than in races with no jumps.
“It’s the thrill of being first past the post on a horse at the end of a race; when you're the best of all the other riders in that race, it’s an unbelievable thrill.”
That’s Andrew Coonan’s explanation.
And he’d have a good idea.
Andrew is the nephew of the late Bobby Coonan, a multiple winner of the Irish champion jockey title in the late 1960s and early 1970s.
Andrew was himself an amateur (unpaid) jockey for about 15 years, starting as a 17 year old.
He grew up around horses and became a National Hunt rider “for the love of it. I was surrounded by horses and for me it was a natural follow on.”
So were the injuries. He says he was fortunate because he didn’t suffer a break to a major limb but his ailments included damage to his ribs, lungs, hands, ankles, shoulders as well as con-
cussion.
This background coupled with the fact that he’s a solicitor means it hard to think of anyone more suitable for the role as secretary of the Irish Jockey Association.
The IJA is the representative body for professional jockeys and virtually all of the 180 pro jockeys in this country are members.
It's like a trade union though it’s not affiliated to any other similar grouping or umbrella organisation. He also represents jockeys faced with alleged rules breaches.
“The IJA provides a voice for riders and a platform to represent their views in so many aspects of the industry, including their health and safety, welfare and career opportunities,” said Andrew.
Jockeys are paid €197 (National Hunt) or €176 (Flat) per ride and the IJA tries to keep these fees in line with inflation.
But out of this the jockey has to pay an agent (who books the rides), a valet (who looks after their riding gear) as well as tax and expenses (a jockey might be in Co. Down today and Co. Cork tomorrow) .
Valets work in changing room getting clothing and saddle ready and this is work the jockey simply hasn’t time to do because of the quick turnaround time between races. And a single valet is tasked to look after a number of jockeys in any given race.
The IJA also works to ensure that riders are provided with health insurance, which is spon-
sored by UK transport giant Stobart and which is why you’ll see the company name on jockey’s silks.
“This is important because rides run the risk of a career ending injury every day. Because of the risk is expensive and some companies won’t even offer cover.”
There is also a scheme to provide some payments for jockeys who are injured and the amount they receive is based on the number of rides they've done — with the most active riders receiving most.
It also provides critical illness cover in the event of a jockey suffering an illness unrelated to the profession.
The most high profile example of this is top flat jockey and Rhode, County Offaly native Pat Smullen, who is recovering from pancreatic cancer.
“This is a new initiative and it’s unique to Irish jockeys. It was a huge step forward and it ensures that they're not left stranded in the event of a career being cut short because of something completely unforeseen. It is important that some protections are in place when they are unable to work in what is already a very insecure job.”
Another initiative the IJA has embarked on is taking measures to encourage riders to have some kind of education plan.
“What we are doing here is developing an alternative career plan in the back-
ground so that they are suitable for an alternative career or job if a jockey finds he or she can no longer ride competitively or for a living.”