Ruby Walsh: Group 1 winners (and all others) simply stunning

A record unsurpassed in the saddle 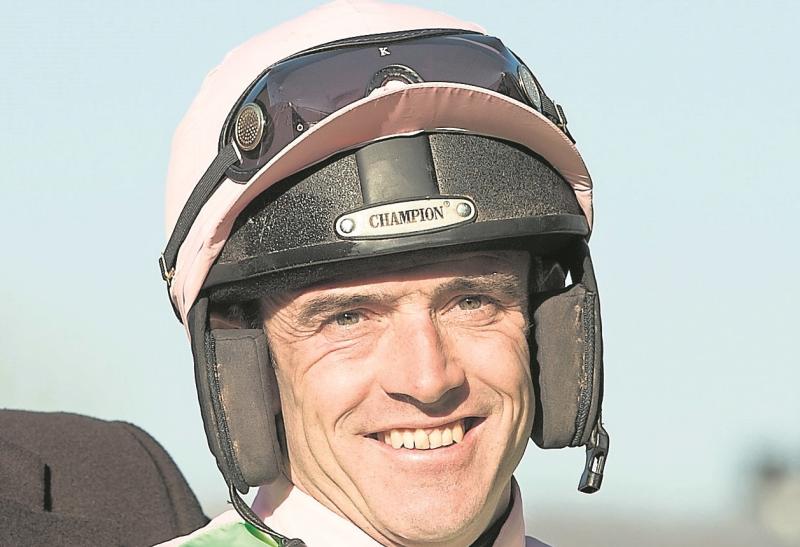 In a few weeks time, Ruby Walsh will turn 40. For a jockey, it sounds quite old. Or does it?
Noel Fehily was 44 when he threw in the towel last month and AP McCoy was just short of his 41st birthday when he walked away from the sport he loved.
Sure what age was Lester Piggott when he rode Royal Academy to Breeders’ Cup success in 1990?  In fact, Lester rode for another five years after that which meant that he was 60 years of age when he rode his last ever winner.
So 40 isn’t really a big deal when it comes to jockeys.
Last Sunday at Fairyhouse, Ruby Walsh rode yet another Grade 1 winner when Voix Du Reve won the Ryanair Gold Cup, or the Powers Gold Cup as most of us still know it. To me, that was his 210 Grade 1 winner in the saddle. Forget about his 57 winners at the Cheltenham Festival or his 2,600-plus winner in his career; or indeed the BoyleSports Irish Grand National on Bank Holiday Monday but that’s over 200 winners at the top level in a sport which is so unbelievably competitive.
It’s hard to imagine that somebody can be so dominant.
When you do think of it, it’s hard not to think of the brilliant horses which helped Ruby get to that milestone too. Kauto Star, Hurricane Fly and Big Bucks. They’re the obvious ones which automatically role off the tongue.
But what about the ones which we’d all struggle to remember?
Alexander Banquet was the first of them in 1998. Probably the most mem-
orable for Ruby when you think about it. His first Cheltenham Festival winner as well as his first Grade 1 winner and at just 17 years of age. It’s hard to imagine what that felt like.
His next Grade 1 winner at the Cheltenham Festival was Azertyuiop.
Remember him?
What a horse he was. He actually gave Ruby his next two Cheltenham Festival winners when winning both the Arkle Trophy and Queen Mother Champion Chase in 2002 and 2003. But he’s an easy one to remember too.
What about Missed That?
One of Willie Mullins’ many Champion Bumper winners.
Ruby rode him to victory in 2005. That was the same year that Ruby also rode the first ever winner of the Ryanair Chase when he partnered Thisthatandtother to victory the same year. That year, it was called the Daily Telegraph Chase, it wasn’t a Grade 1 though.
Remember Fiveforthree and Mikeal D’Haguenet?
They both won the Ballymore Novices’ Hurdle, or the Neptune as it was called back then.
‘Mikeal’ was a really good horse and only for injury, he might have gone all the way to the top.
Who would have thought that when Cooldine won the RSA Chase that he’d never win another race after that. It was a good RSA Chase he won too.
Quevega is responsible for six of Ruby’s Cheltenham Festival wins but none of those can be classed as Grade 1 wins. She had to go to Punchestown for them instead. Four times in facts.
Al Ferof, Champagne Fever, Vautour, Douvan, Klassical Dream. All Supreme Novices’ Hurdle winners for Ruby. All Grade 1 winners too.
Many a horse gave Ruby multiple Grade 1 wins.
Un De Sceaux to name just one. He’s won 10 Grade 1 races in his career and Ruby has been on board for eight of those.
When you look at the big races Ruby has won on the Irish scene, it’s mind boggling really.
He’s won the Morgiana Hurdle five times. He’s won the John Durkan Chase a record four times. Himself and Charlie Swan hold the record of wins in the Irish Champion Hurdle with six successes each. Three wins in the Irish Gold Cup, or the Hennessy Gold Cup as most of us know it. The list just goes on and on.
At next week’s Punchestown Festival, there are no less than 12 Grade 1 races.
Ruby will have plum rides in most, if not all of those. It’s a good bet to say that he’ll probably be on the winner of a large percentage of those races too.
There are no landmarks left for Ruby Walsh when you try to sum up his wonderful career. So the big question is, how many Grade 1 wins will Ruby Walsh get to before he hangs up his britches?
And will he manage to get to the 3,000 winners mark?
Only time will tell.