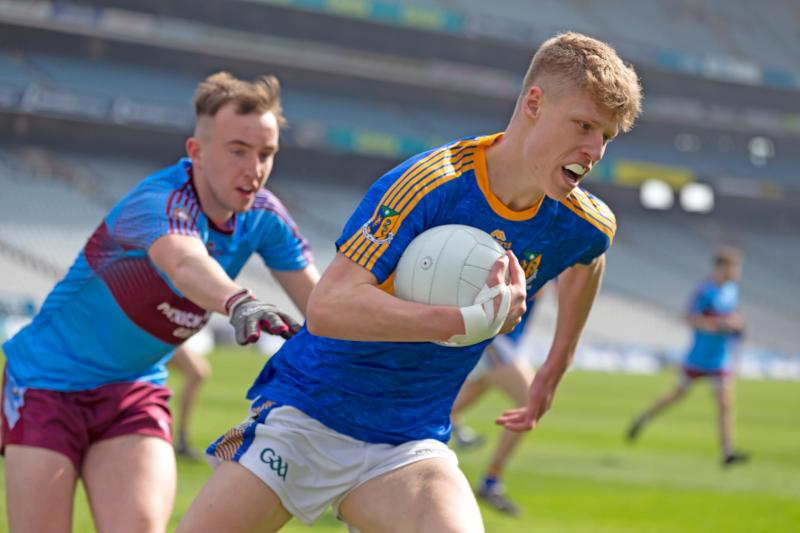 It was a day of absolute heartbreak for Naas CBS in this afternoonn's All Ireland PPS Hogan Cup final at Croke Park when they came up short by a single point to St Michael's of Enniskillen.

Playing against the wind in the opening half Naas did well to be behind by a mere points, 1-16 to 1-4, the goal coming in the 13 minute from Eoin Conneff who got the better of his marker to plant the ball in the corner of the net.

St Michael's responded well and hit back a few minutes later with a goal from Darragh McBrien.

The half time score read St Michel's 1-6 Naas CBS 1-4 and while Naas had not performed to their high standard in that opening half, with the wind in their backs in the second they were in with a great chance.

St Michael's however edged four points with 41 minutes on the clock while Naas were finding it difficult to find the posts but still in with a chance.

With seven minutes left on the clock there was still four separating the sides as suddenly Naas got a grip around the middle they hit three points on the trot to get it back to just a single point.

The sides exchanged points while a great save by Michael's keeper denied Aidan Cassidy.

After nearly seven minutes of time added on it was the Fermanagh school who took the honours holding out for a one point win; and while fully deserved Naas will ponder for a long time why they really only performed to their best for the final ten minutes or so.