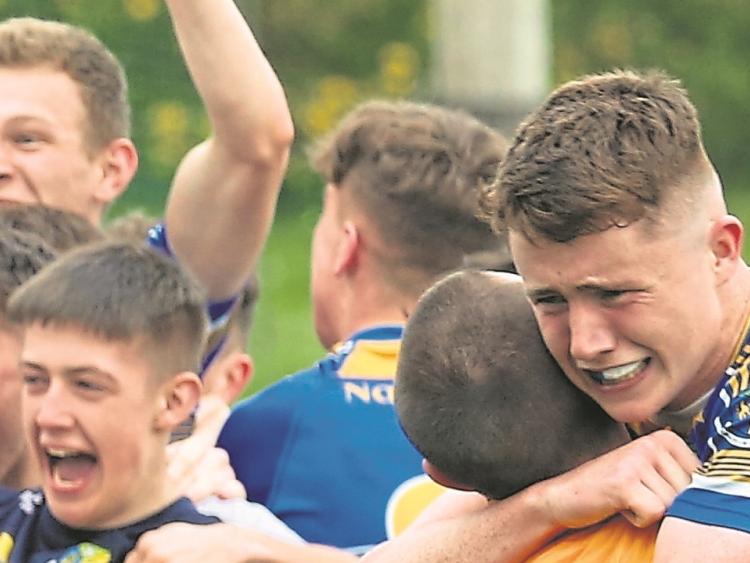 Naas CBS celebrate after their All Ireland semi final win

This Saturday afternoon is a huge one for players, management, pupils and all the fans of Naas CBS when they take to the hallowed turf of Croke Park to play St Michael's of Enniskillen in the Masita PPS Hogan Cup All Ireland final.

The game throws-in at 14.45 and will be preceded by the Masita GAA Post Primary Schools Paddy Drummond Cup between Roscommon CBS & Scoil Phobail Sliabh Luachra Kerry, and followed by the Allianz Football League Division 3 final between Laois and Westmeath which throws-in at 16.45.

All three games will be screened live on TG4.