Founded in 1994, the KDFL begins its 26th season this Friday 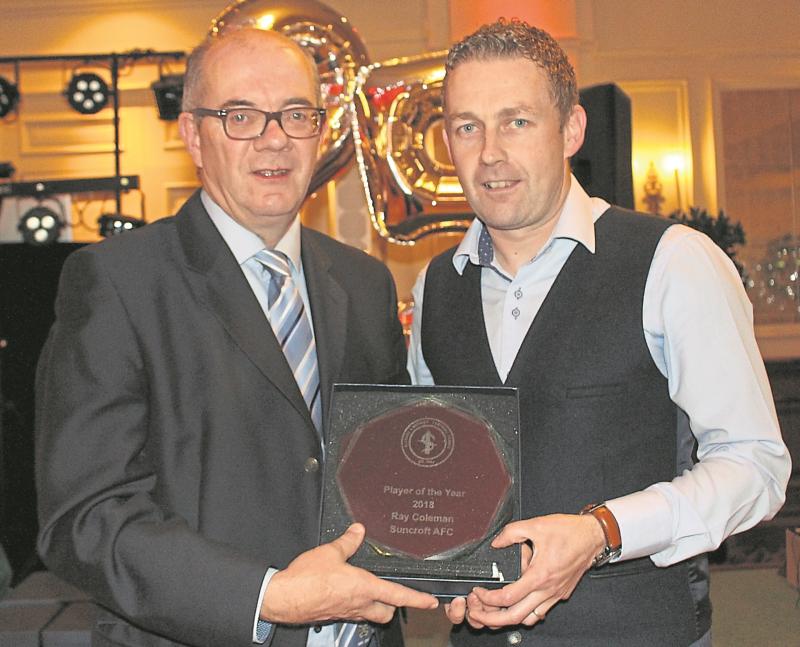 The Kildare & District Football League commence their 2019 programme this Friday evening. It will be the 26th season of the league which was founded in 1994.  It kicked off back then in August of that year with a modest 19 teams across two divisions.
Many of our member teams in that first year were second or third teams of established clubs, whose first teams remained in their respective Leagues.  All that was to change however just one year later when an influx of clubs and teams saw the League kick off the 1995/6 season with 65 teams in six divisions.
One of the most far reaching decisions taken by the League in recent times was the move to a one Calendar year Season, which was taken in 2008.
Many clubs felt that the disruption of the fixture schedule due to worsening weather conditions was inhibiting the development of the game and they supported a plan formulated by the Committee to introduce the initiative for a trial period of two seasons. The move was made permanent at a Special General Meeting in February 2010 and the KDFL is one of few Junior Leagues in the Country to embrace the ‘One Calendar Year’ ethos.
The League has grown since those early days and now boasts nine divisions catering for men, women and an over 35 mens section.  Despite the general drop off in participation of team sports by over 8% in the last four years the KDFL have enjoyed a measure of consistency within all sections with a total loss across all sections of three teams recorded over the same period.

The CR Wynne Feeds Senior Divisions welcomes newly promoted Inny FC and Clonmullion AFC. Both are a big addition to this highly competitive division and will be keen to make their mark.

Participants in The Noel Recruitment Premier Division, which has always been very strong, will be joined by Kilcullen AFC and Kilcock Celtic, promoted from Division 1 and Monasterevin AFC and Redwood who will be eager to return to the top flight.
The loss of two teams this week, Johnstown United and Sallins Celtic from the Hoey Spar Moorefield Division 1 has resulted in this division being played over 3 rounds but we are sure despite it’s small numbers will be competitive as always.
Coill Dubh AFC have re-entered following a year absence and they will be joined by Garryhinch FC and Naas AFC.

In the Cooks Cabin Division 2 three teams were promoted following an overhaul of both Div 2 and 3. Straffan AFC, Kildare Town AFC and Bush Celtic will form part of this Division and they will be joined by new entrants Monasterevin AFC who have re-entered with a reserve team.

This Sunday we will also see Straffan AFC contest the Leinster Football Association Junior Shield Semi Final where they take on NEFL side Skryne Tara.
Straffan AFC have now been in a competitive season Since April last year, where they picked up the Div 3 league title on the way. Best wishes from all of us.

Both Division of our very popular over 35 section will kick off on Saturday April 27 while the women's section of two divisions starting their campaign the following Monday April 29.

The League will be busy as usual during the season as they continue to have education and training at the top of their agenda.
First up they will host a ‘GDPR and your Club’ workshop on Wednesday May 8 facilitated by Information officer Deborah Gleeson.
In June they will provide a free Sports Specific First Aid course for their members, this full day course is fully accredited and certified by facilitator Keith Conroy.
Safeguarding 1 and 2 will be provided in July with the assistance of the Kildare Sports Partnership and in August FAI’s Intercultural National Co-Ordinator Des Tomlinson will facilitate an Intercultural Workshop. The league also hope to re-establish the HSE safetalk programme introduced a number of years ago.

On the inter-league front, our Women’s team are already in training under the leadership of Newbridge Colt’s David Morey with their first game in the FAI Angela Hearst Inter League Trophy coming up on April 28 (away to the Metropolitan Girls League).
The League are also advertising for a Manage-
ment team shortly with a view to entering the FAI Oscar Traynor Trophy. It is a number of years since the League participated in this mens National Inter League Competition and they will be monitoring the interest over the coming months.

All in all a very busy eight months ahead. Best wishes to all for a successful and safe 2019 campaign.