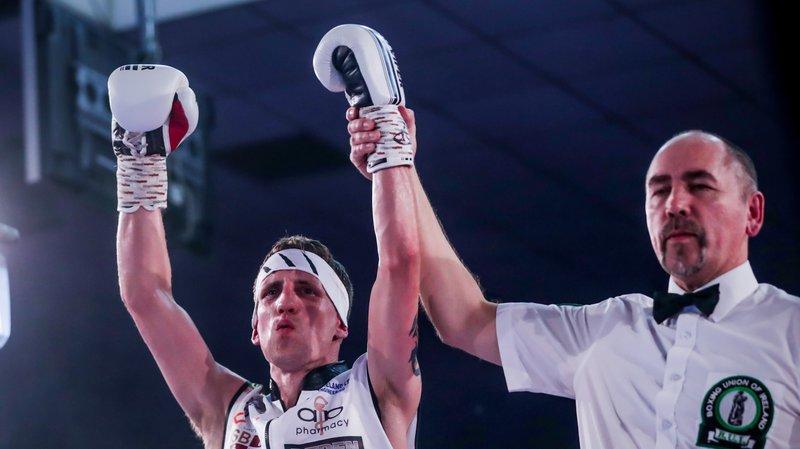 Athy's Eric Donovan Eric Donovan captured the Irish Featherweight title at the National Stadium last night Saturday night when he knocked out opponent, Stephen McAfee, in the fourth round.

The 'Lilywhite Lightening' scrapper later said he know has his sights on Kiko Martinez's European title.

The southpaw though suffered a hand injury and he later posted a message on social media, saying he did not intend celebrating tonight's win in A&E.

"Suffered a bad gash at some stage during my fight, I’m stitched up now and on the mend. I will be back in the ring and collecting belts very very soon, but for now I think I need a couple weeks rest."