Raheens fight back to earn a point 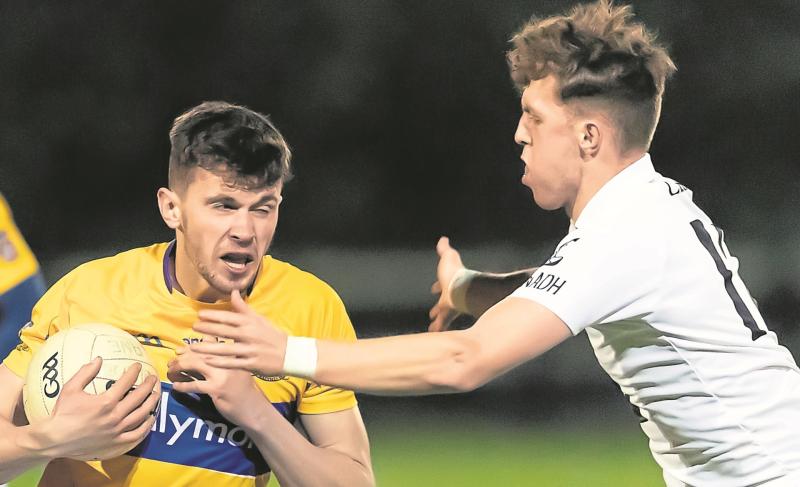 Raheens and Clane played out a splendid draw last evening (Thursday March 28) in the EMS Copiers SFL Division 2, Round 2, at Raheens.

It was a game played at pace between two sides that would be expected to be in contention at the business end of the league.

While the home side opened with a Paddy Woodgate free after just two minutes, Clane took control and by mid-way in the half looked to be on their way to a win when leading 0-6 to 0-1 with points from Shane O'Sullivan (3), Kyle Devey and a Brian McLoughlin free before Raheens responded with a Liam Power point.

The impressive Brian McLoughlin extended the Clane lead but points from Graham Waters and Alan Igoe kept the home side in touch at the break, although trailing 0-7 to 0-4.

Clane got off to a flying start with a McLoughlin point quickly followed by a Danny Egan goal after a fine move involving McLoughlin and Kyle Davey to leave the score reading 1-8 to 0-4.

Alan Igoe and a Paddy Woodgate (2) reduced the lead but it was that man Brian McLoughlin who hit back with another brilliant free mid-way through.

Now trailing by five Raheens reduced the lead with Woodgate, a brilliant Killian Thompson effort and another from Rory Donnelly aw the lead back to three with ten minutes remaining.

Brian McLoughlin steadied the Clane ship with a free before Woodgate and McLoughlin shared points.

Four minutes remaining and Raheens were now pouring forward at every opportunity.

Points from Paddy Woodgate (2), a great Graham Waters effort that just went over the crossbar and then in time added on it was that man Woodgate who held his nerve to convert a free from wide on the right to tip uip the game, a share of the points on a final score line of Raheens 0-14 Clane 1-11.