What to expect from Cheltenham 2020

A lot can change 12 months down the line 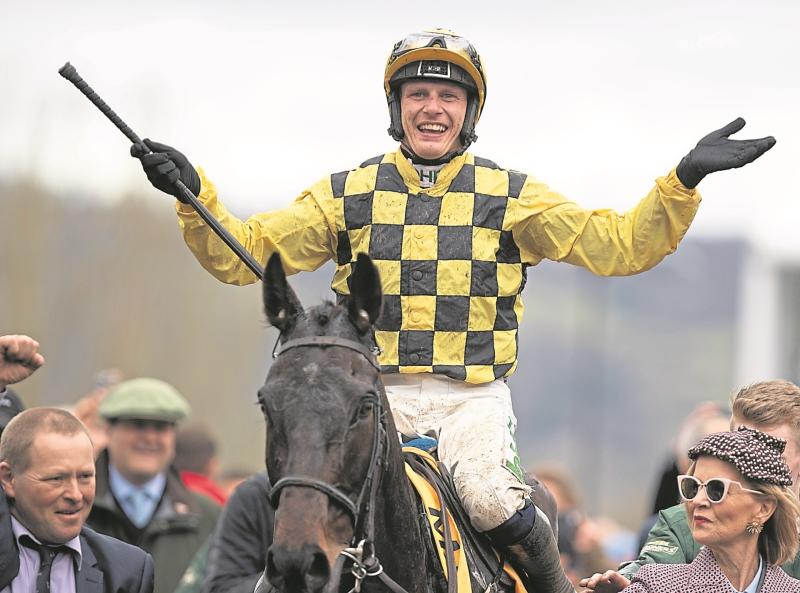 This year’s Cheltenham festival has hardly ended and some of us are already looking ahead to next year’s monumental four days feast.
Yes, there are the likes of Aintree, Fairyhouse and Punchestown just around the corner but the magic that is Cheltenham leads us back to dreaming of what might happen the next time the festival opens its doors. So because of that, here’s what we can expect in just less than 12 months’ time.

One thing for certain about next year’s Champion Hurdle is that it won’t have the quality of mares that this year held, or supposedly held, anyway.  There will be no Apple’s Jade or Laurina and there’s every chance that JP McManus will hold all the aces as he bids for four consecutive wins in the race.

Espoir D’Allen is now the horse to beat in the two-mile hurdling sphere and for one off day at Leopardstown last year, he’d still be unbeaten over hurdles. He’s a force very much to be reckoned with.
Come next March, it’s quite possible that Buveur D’Air might be his main danger as well despite the fact that he’ll be a nine year-old.
From the novice brigade that we’ve seen so far this season, there’s really only Klassical Dream to take seriously but will he still be hurdling?
Given what similar connections did with Champagne Fever, Douvan and Vautour, I doubt it. So who wins the 2020 Champion Hurdle? The new king of the hurdlers. Espoir D’Allen.

Like it has been for the last two seasons, this race will revolve around Altior and Altior only. If he’s lining up in this race for the third consecutive time, then surely it will be his to lose.
God knows how many races he’ll be unbeaten in going into next year’s festival. The main question is will this be the race in which he’ll be lining up in?
Should he win the Melling Chase in less than a couple of weeks’ time at Aintree, over 2m4f, then there will be all sorts of options open to the jumping superstar.
The King George VI Chase has been mooted on numerous occasions and there’s every chance that he runs in that race come the end of this year. However, a bid for three Champion Chases on the trot will surely be Nicky Henderson’s number one agenda.
With the jury very much out on Footpad and Min proving that he simply can’t beat Altior, Willie Mullins might have to look to his newer crop of chasers for some inspiration.
Duc De Genievres is the new kid on the block after his Arkle stroll but there’s no doubt that Cilaos Emery is a better prospect of the two for next season. He might be the one to look for outside of the box. So who wins the 2020 Champion Chase? The obvious answer. Altior.

This is the one race of the Championship quartet that it’s hardest to work out its most likeliest runners. Paisley Park has proven himself a worthy champion and he might rubber stamp his authority on this sphere at next month’s Punchestown festival too. With age on his side, he could be even better come next year’s renewal.
None of the horses he beat at Cheltenham will trouble him so as per usual, we look to the upcoming younger challengers from the novice brigade. There are plenty too. City Island looks the most interesting one and I’d say there’s a good chance that he’ll stay hurdling as well.
The same can be said for Champ too. From the Albert Bartlett crop, horses like Commander Of Fleet and Dickie Diver could make the step to be considered contenders as well. Then there’s Penhill to bring into the equation also. So who wins the 2020 Stayers Hurdle? A changing of the guard beckons. City Island

As impressive as Al Boum Photo was in his blue riband rout, the statistics are against horses coming back to defend their crown. However, he does have age on his side and being an eight-year-old next March won’t be a bad thing either.
Of the horses he beat, the only horse with a realistic chance of reversing the form is Clan De Obeaux, who might be more capable of mounting a challenge with another season under his belt.
Then there’s the RSA Chase front three to think about and all three have genuine chances. I’m still convinced that Delta Work is the best horse from that race and while there were no apparent excuses for his defeat, I’m confident he can show his true worth down the line.