€100,000 Tote Irish Lincolnshire the feature contest on an eight-race card 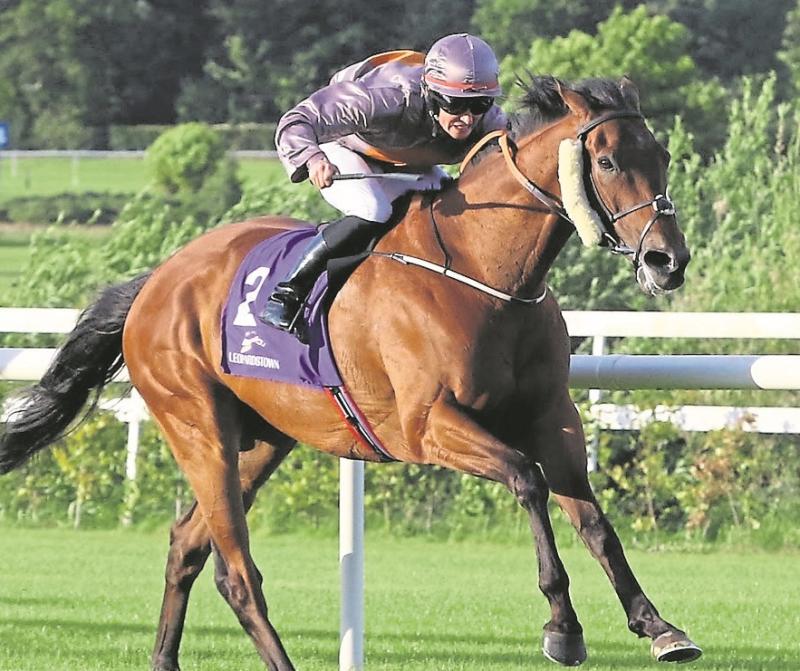 Aussie Valentine is one of 32 entries for the €100,000 Tote Irish Lincolnshire on Sunday's opening meeting of the 2019 Irish Flat Season

Naas Racecourse stage the opening fixture of the 2019 Irish Flat season this Sunday with the €100,000 Tote Irish Lincolnshire the feature contest on an eight-race card.

The ageless Aussie Valentine will be looking to extend a remarkable sequence which has seen him reach the frame in the Tote Irish Lincolnshire for the last four years. Twelve months ago the Aido McGuinness inmate was third to On The Go Again while he has finished second in the race in 2015, 2016, and 2017.

McGuinness, who won the race in 2005 with Victram and could also be represented by the smart Master Speaker, added: "We are stepping Master Speaker up in trip. He finished strongly in Galway last year over seven furlongs."

A total of 32 horses have stood their ground for the Tote Irish Lincolnshire with the weights headed by the Jessica Harrington-trained Marshall Jennings who was a course and distance winner last May.

Sunday's card also includes the Group 3 Park Express Stakes which has attracted a number of high class fillies. These are headed by the Ger Lyons-trained Who’s Steph who won a pair of Group 3 contests last spring and signed off with a second in the Group 2 Blandford Stakes on Irish Champions Weekend last September.

Who’s Steph, who will be bidding to give her trainer a first win in the race, faces strong opposition with fellow Group 3 winner Yulong Gold Fairy amongst the twelve strong entry as she looks to give Dermot Weld back to back victories in the first pattern race of the season.

Further interest is supplied by the former Group 3-winning juvenile Ellthea, who has joined Fozzy Stack from Karl Burke, while the Galway maiden winner Delphinia could attempt to give Aidan O’Brien his first victory in this race since 2005.

The first staging of the Listed Devoy Stakes has attracted a fascinating entry in Aidan O’Brien’s Amadeo Modigliani. This one time classic hopeful has been off the track for almost 600 days and would be making his first appearance since he bolted up in a two-year-old maiden at the 2017 Galway Festival.

Significant interest always accompanies the opening Irish Stallion Farms EBF Maiden for two-year-olds and Brendan Duke, Michael O’Callaghan and Jim Bolger, who have all won the race in recent years, are represented this time.

Elsewhere 24 three-year-olds are engaged in the Naas Business Club Madrid Handicap. This race was used as a stepping stone to classic glory by Awtaad in 2016 while last year’s renewal featured the subsequent Cheltenham Festival hero Band Of Outlaws.