Lilies go into sleep mode and let opposition back into game, again 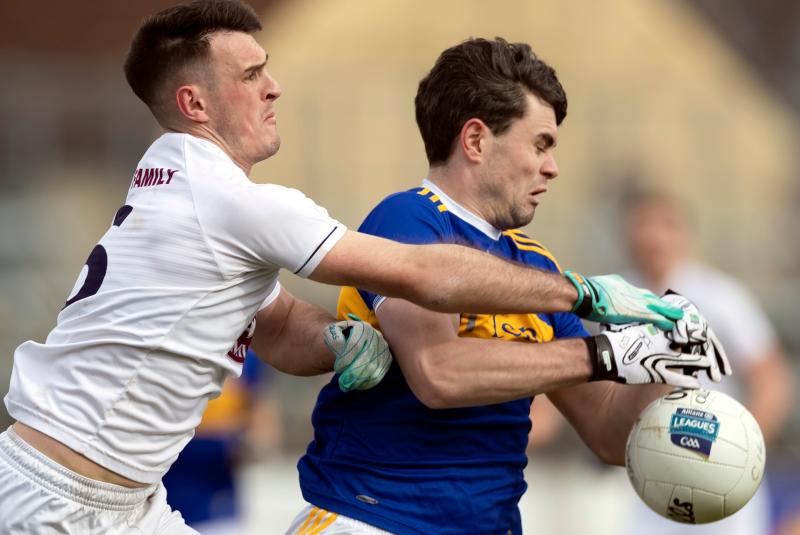 Kildalre captain Eoin Doyle knocks the ball away from Tipperary's Michael Quinlivan in the AFL game at St Conleth's Park, this afternoon

Kildare secured a vital win over Tipperary this afternoon to ensure  they retain their Division 2 status, while promotion is still a possibility, they will need results to go their way next weekend but it could so easily have been so different in a game that lacked intensity that saw the home side struggle at times to break a resolute Tipperry defence.

Kildare led at the break 1-7 to 0-2, the goal from Fergal Conway and while they led 1-9 to 0-5 after 56 minutes Tipperary hit back to level the game in time added on.

Substitute Adam Tyrrell hit a brilliant point, followed by a Neil Flynn 45 and while Tipp hit back with a point it was not enough as Kildare won by a single point, 1-11 to 2-7.

A win certainly for Kildare but far from impressive as sthey head to Donegal next weekend for the final game of the League.