The countown to Kildare's renowned Racing Festival is under way 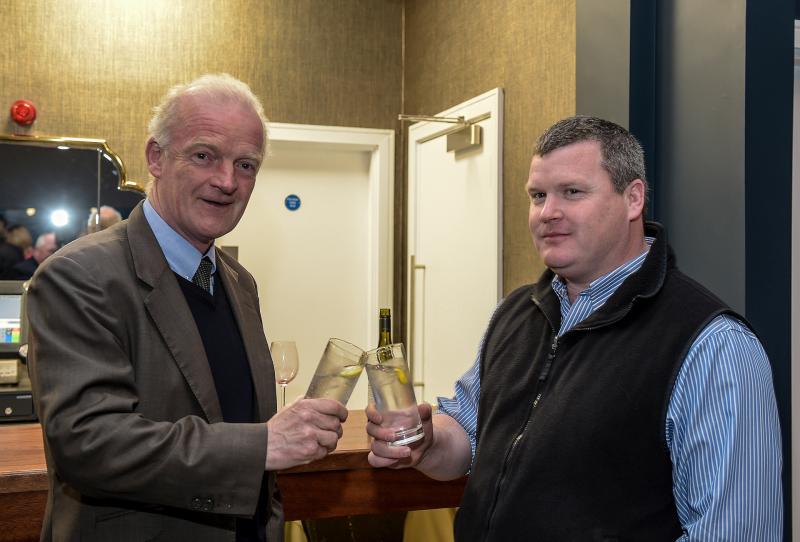 The things that brighten up one’s day can be varied and wide-ranging. Take last week for instance.
It was one of those afternoons, dark, miserable and raining heavily; few around and for those who were, all in a rush, all in a hurry, running from here to there.
Suddenly an email pops into the inbox. Lo and behold if it wasn’t from Punchestown, the home of national hunt racing; or to be more precise, from the ever smiling, helpful and charming Shona Dreaper, PR and communications boss at the track.
Now we might be still in February, and some ten weeks away from the festival of 2019 but those folk in Punchestown don’t hang around, as this email testifies.
Shona was in fact alerting those in the media that applications for press accreditation for the festival of 2019 is now open.
Ten weeks may sound like a long time, but as we have been told down the years, preparations for every festival at the Kildare track commences within days of each year’s festival conclusion.
For racing fans in Kildare, in fact regardless of where one resides, the coming weeks and months will indeed be very busy and very exciting.
Locally we have seen the tremendous improvements that have taken place, and continue to take place at Punchestown; the new-look Curragh is within weeks of holding its first meeting of 2019 following its €70m plus new stand and ancillary facilities; while the improvements at Naas have been warmly welcomed. So overall a great and exciting time for all racing folk.
Cheltenham, of course, is just around the corner (March 12-15); then we have the Fairyhouse Grand National meeting (April 21-23) before the Annual Punchestown Festival kicks into action (April 30 -May 4).
I can feel the buzz already.
But back to Punchestown; it’s five day programme of racing with over €3m in prize money is bursting with a host of Grade 1 races. Punchestown, though, will be somewhat different this time around as the man who literally pulled the entire project from falling into the gutter, will no longer be calling the shots. Kerry native, Dick O’Sullivan arrived in the county, supposedly for a six month stint, with one objective, to try and straighten out the mess and to keep Punchestown afloat.
Sixteen years on and the place is thriving, in a turn-around of monumental proportions.
Under Dick O’Sullivan’s guidance Punchestown is now debt free; investment has seen incredible improvement, culminating with the new Hunt Stand, opened just 12 months ago.
Sponsorship has grown enormously with in excess of €3m in prize money on offer again this year.
In recognition of his contribution to Punchestown, Mr O’Sullivan has been appointed to the role of president of Blackhall Racing, Punchestown’s controlling company.
So another great festival to look forward to, that no doubt will include another ding-dong battle between Willie Mullins and Gordon Elliott for the trainer’s championship; a tight finish for the jockeys title, and lots more including top class racing; facilities second to none; best dressed competition with fabulous unrivalled prizes; extensive stalls; kids amusements; in fact, what ever is your fancy you’ll find it here.
Meantime the person with the task of filling Dick O’Sullivan’s shoes is Conor O’Neill, former chairman of the Association of Irish Racecourses and former manager of Limerick racecourse and a Punchestown ‘insider.’ We wish him well.
It may still be ten weeks to the ‘off’ but it’s amazing what an email from Shona Dreaper can do to lift the spirits on a miserable February afternoon.
Bring it on!