Kildare edging in the right direction 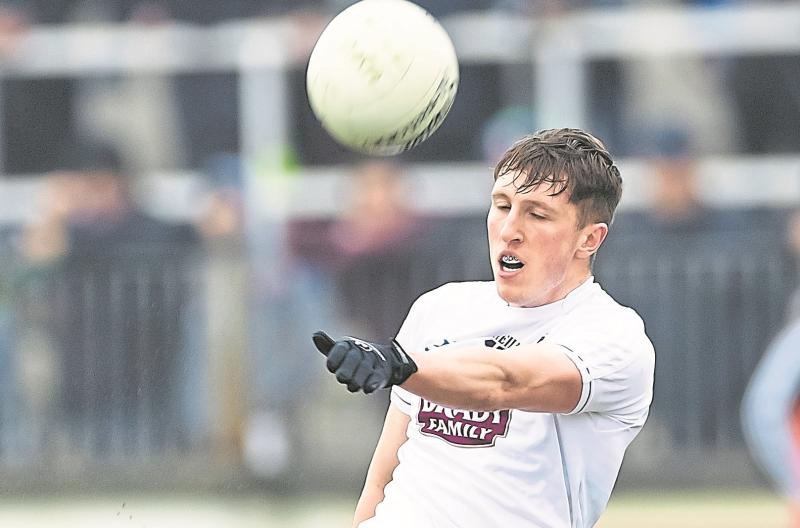 It's amazing really what a win can to; especially in a League as tight as this Allianz Football Division 2 series.
In many respects, this Round 4 was akin to what they call in golf circles as Moving Day.
Mid-way through the seven game programme and, depending how things are going, an eye is cast to either end of the table, to top in hope and the bottom in despair.
Following the previous defeat, and not only the defeat more the performance against Fermanagh, this was a chance to atone, a chance to make a statement, a chance, if results go in the right direction, to make a move.
And, in fairness, that is exactly what The Lilies did.
Never in recent times a side easily defeated, Clare, arrived in Newbridge on the same number of points and hopefully, from their point of view, a move upwards in the table.
However on this occasion it was the home side who made a statement; the home side who collected the points and the home side who made progress up the table.
A very impressive opening half, any day you can hit 1-10 in 35 minutes is a good day, but apart from the result, the performance, or most of it anyway, is what was the most encouraging.
Another major plus is that after four games, Kildare have conceded just one goal and a total of 1-42 must be looked upon as very encouraging.
And even better, and yes I know statistics never won a game, a league or a championship, nevertheless when you consider that in all four divisions of this season's football leagues no other county has conceded less than Kildare, that goes for Division 1, 2, 3 and 4.
Of course there is still the worry that, not for the first time, Kildare seemed to take their eye off the ball, sort of speak, in this instance early in the second half when leading by all of nine points.
It is said that every team will have its period of dominance in a game but that is hardly a good reason, and should not be brushed away lightly.
Ahead at one stage by nine Kildare allowed Clare back into the game when they cut that deficit down to a manageable three.
There have been times in the past when The Lilies finding themselves in such circumstances would have folded, capitulated and end up with egg on their face.
However, on Sunday they steadied, settled again, took control, held their opponents scoreless for some 14 minutes while putting a fair bit of day light between themselves, with four consecutive white flags.
That has to be another very encouraging factor and while against the better sides, seeing a nine point lead cut back to three might not always end up with the result achieved last weekend, nevertheless what we witnessed certainly should give all concerned much confidence as Sunday's clash with a rejuvenated Meath side looms on the horizon.
The Royals have a healthy +14 aggregate scoring rate, as against Kildare's +7 but, what could be very encouraging from a Kildare point view, The Royals have conceded 3-43.
Of course when the teams cross the white chalk in Pairc Tailteann, those stats will have about as much relevance as an ash tray on the front (or back) of a motor bike.
Speaking of Pairc Tailteann, which like St Conleth's Park will be getting a major reconstruction job possibly later this season, when is the last time The Royals visited the home of Kildare football?
Is it me or does it seem like an age since the last time we had the pleasure of hosting the green and gold in Newbridge.
So as we head into Round 5 it's all systems go, a win would see us getting somewhat giddy as to what it might mean; it's a good place to be in though, but in this very tight league it is certainly still all to play for as they say.
Here's hoping.
Better not forget to congratulate Billy Dunne on his recent birthday, not sure how significant a birthday it was, but sure like myself, every birthday at this stage is worthy of a celebration!