Lilies withstand second half come back by The Banner 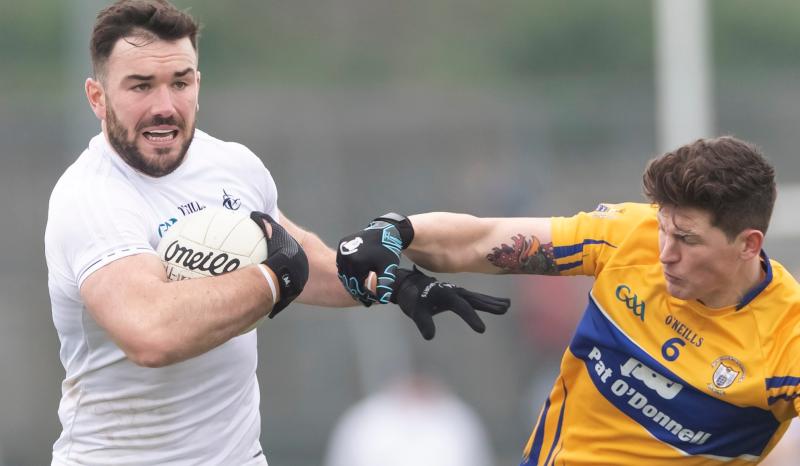 The win was set up in an impressive opening half when The Lilies led at the break 1-10 to 0-5, ,the goal coming from a Kevin Feely penalty after Ben McCormack was taken down; Gordon Kelly getting a 10 minute stretch in the bin.

Clare certainly upped their game on the resumption and got the lead back to three points with 55 minutes on the clock,

A Jimmy Hyland point settled the nerves, before Kevin O'Callaghan was sin binned but Kildare added a further three keeping Clare scoreless for all of 14 minutes.

Before the final whistle Clare were reduced to 14 after Cormac Murray was given a straight after making contact with Eoin Doyle.