So what exactly did Kildare footballers learn, if anything, from trip up north

A look back on The Lilies defeat to Fermanagh 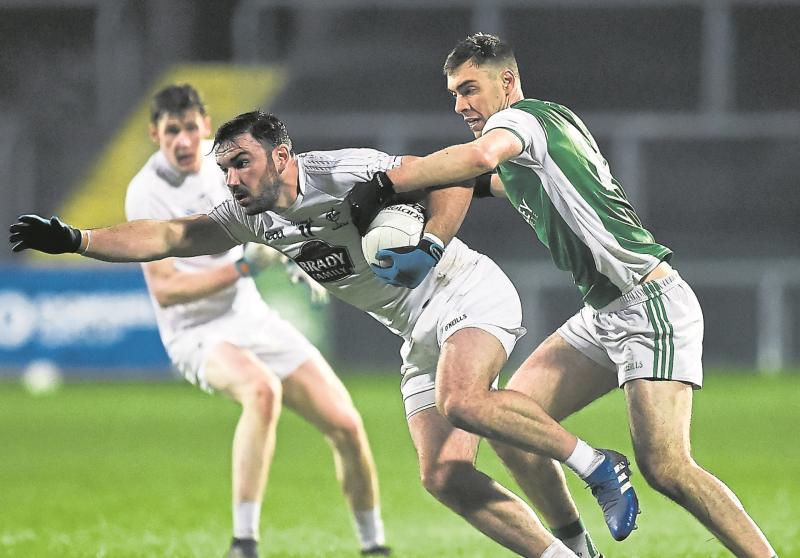 It was an unusual place to bump into Kildare supporters following Kildare's lost to Fermanagh last Saturday night week but there was no shortage of travelling fans gathered for some after-match fast food, in a McDonald's outlet, just on the northern side of Cavan town, although there no sighting of the 'Marty Gang' this time.
And while names may not all spring to mind, faces were certainly familiar. These are the bread and butter Kildare fans; fans that travel here, there and everywhere. The game could be in Mayo, Donegal, Cork, it matters not, these supporters will always be present.
The humour of some on the night was, to put it mildly, not good; others were fuming at what they had just witnessed particularly with the tactics employed by the home side; some were furious with their favourites and pulled no punches, while others were complaining of the verbal treatment they had received from a few home supporters, but in fairness, that seemed to be from a small minority.
As for the game itself, the big worry, or concern, whatever you would like to call it, and expressed by many, was, what, if anything have Kildare learned, especially when facing up to counties that line up so defensively, over the last 12, 24 months or beyond.
Of course it has to be remembered that you will travel a lot of miles, kilometres, or what ever you like to call them these days, before you will come up against a side such as Rory Gallagher's outfit.
And while few would be in love with the way these boys set-up and play the game, that's what they do, and in fairness they do it well.
To say it is not pretty would be a bit of an understatement; in fact many of their own fans were overheard expressing their misgivings last week, but it is what it is.
One could argue that Fermanagh epitomise everything that is wrong in the modern game, but having said that, they are doing nothing against the rules, nothing illegal, even if it would turn most folk off football for good and all.
So what is the alternative?
From a Fermanagh point of view it would seem there is no alternative, that is the way they play, that is the way they believe they can get the best out of their squad as they showed coming out on top against Kildare.
The only way for other counties to put a stop to that is very simple really.
Defeat them.
Defeat them over and over.
It is only then that this 'style' of football will change.
Easier said than done?
Absolutely.
Only last summer The Lilies sent Fermanagh packing in the last round of the Qualifiers.
And what did they (Kildare) do different that day from their latest meeting?
They put Fermanagh on the back foot from the off.
The hit them early and often scoring 1-13 in the opening half, that forced them (Fermanagh) out of their defensive mode.
Exactly what they (Kildare) did not do in Brewster Park.
They allowed Fermanagh to dictate.
They allowed Fermanagh to force the issue.
They allowed Fermanagh to call the shots from, practically, start to finish.
Low scoring game?
No surprise in that, especially when the home side went three up they did not care, nor would they have worried if the game finished 0-3 to 0-2; if it had they would have been more than pleased and no doubt believe that their tactics were justified in the process.
The visitors though, fully aware of how their opponents would line-up, the tactics they would employ and the defensive wall they would build, particularly once they hit the front but they (Kildare) fell into their trap. They played patient, very understandable, but a team can't play patient football from start to finish. There comes a time when you have to throw off the shackles.
No doubt it was part of the Kildare tactic on the night to retain possession; retain, retain, retain; be patient and wait for the openings to come.
But what if the openings don't come?

What if the opportunities simply don't arrive?

Should a change of approach not come into the equation.
Moving the ball quicker.
Firing the ball in over the top.
Breaking the line at speed and with strength and with support coming off the shoulder.
Moving the ball across the pitch over and over again can only be done for a certain amount of time.
Kildare possess a few players more than capable of kicking points from 45 to 50 meters out.
Did we see any of that against Fermanagh?
I certainly can't recall any.
Remember The Lilies had a mere three wides in the opening half and just a single wide in the second half.
What does that tell you?
Two things: (1) They did not carve out enough chances; and (2) they point blank refused to attempt long range points, obviously under instructions.
Hopefully they have learned from this experience.
But have they?
That's the big question.

And so to Sunday and the visit of Clare to St Conleth's Park in Round 4 of the AFL Division 2.
The Banner boys are in a somewhat similar situation to The Lilies; one win, one draw, one loss; three points, but on a better scoring average than Kildare; Clare at +6; Kildare at +1.
Clare had an emphatic win over Cork last time out (3-13 to 1-10); while they drew with Armagh 2-10 to 1-13. They lost their opening game to Donegal by three points 0-13 to 0-16, so have no doubt they will be well up for Sunday's encounter.
It will be interesting to see how Kildare will line out. They played Offaly in a challenge on Sunday last winning by a few points while not at full strength.
Division 2 is a really tight division, just three points separating the top team, Meath, from the bottom side, Cork.
It's all to play for; a win could do wonders; a defeat could see a return of the shivers.
Here's hoping!