No shortage of Kildare interest in upcoming Cheltenham Festival 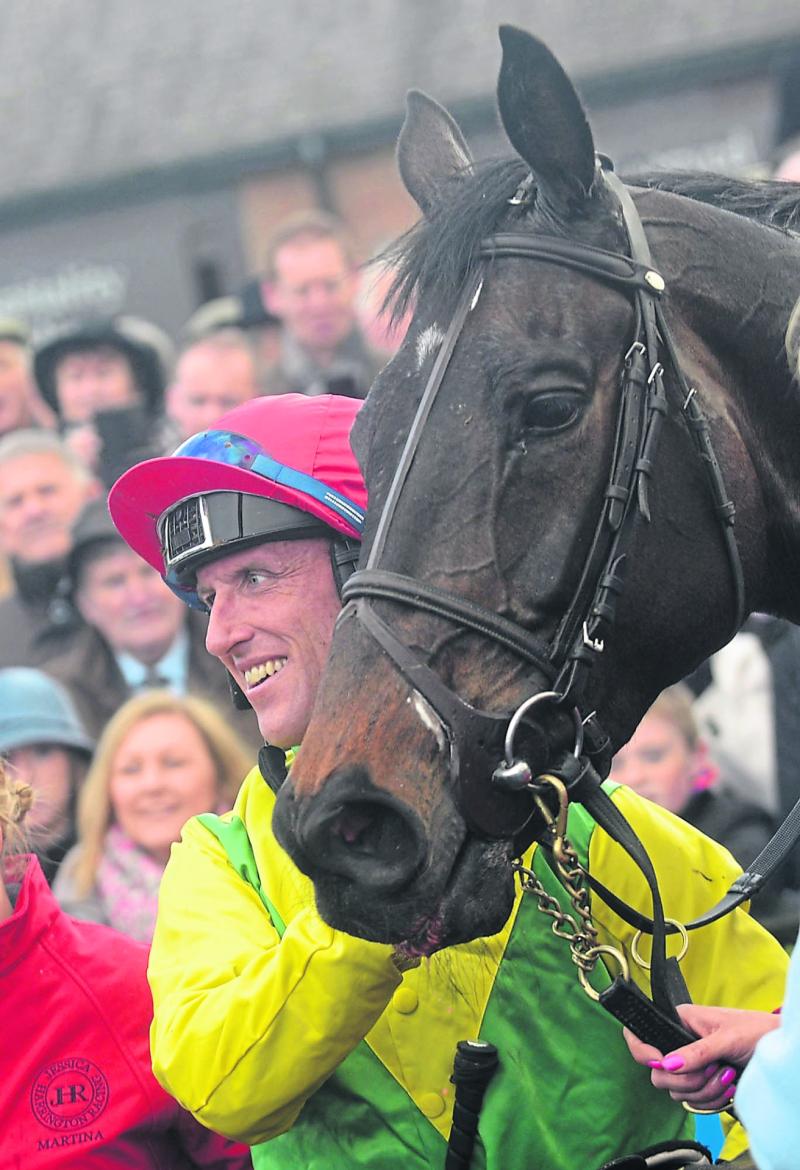 In less than four weeks the greatest show on turf will be about to grace our lives as we’ll be billing up to a frantic four days of Cheltenham festival frolics. That said, we might not have been thinking that halfway through last week when this equine flu in the UK started to pick up pace.
Memories of the horrific Foot & Mouth disease of 2001 came flooding back and the possibility of no racing at Prestbury Park next month looked somewhat realistic that even the bookmakers were betting on whether National Hunt’s Olympics would go ahead or not.
Let’s hope our fears won’t be realised and that we get plenty of local interest at next month’s extravaganza.
Of the Kildare based trainers, there’s no doubt that Jessica Harrington will be the one with the most firepower at Cheltenham. Irish racing’s leading lady is now in double figures when it comes to wins at the festival and given her current form, as well as her star studded team, she’ll be short enough odds to taste more glory in four weeks’ time.
So, what are her best chances?
The horse most associated with the Commonstown Stables is Sizing John, which hasn’t been seen since December of 2017. He finished clinically abnormal at Leopardstown that day but prior to that, he’d been the best staying chaser in training. Having already won a Cheltenham Gold Cup and he may now be going straight to Prestbury Park without a pre-Festival run.  The dreaded ‘bounce factor’ might scupper his chances in the big race on March 15.

Supasundae is another of Jessica’s former festival winners and he is most definitely one for the Stayers Hurdle shortlist. Having not finished out of the placings in his last 11 starts, he looks one which should be bang there once more. Following Whisperinthebreeze’s runaway win at Leopardstown’s Dublin Racing Festival, Harrington is now responsible for one of the leading National Hunt Chase’s hopes. The style of his win that day will mean he’ll have plenty of supporters in that four mile marathon.

Harrington could be doubly-represented in the Mares Hurdle with Forge Meadow and Alletrix and with perhaps no star studded quality this time around, both of those might go well.
Jetz and Press Conference are just two of the novices in Harrington’s care which also might be making the trip across the Irish sea.
Curragh-based trainer Martin Brassil is no stranger to big race success, having won both the Irish and English Grand Nationals, and he’s got a big reason to look forward to next month’s meeting.

City Island is one of the most exciting novices in training and he warmed up for the Ballymore Novices’ Hurdle with a straight forward win at Naas on Saturday week.
It took Michael O’Leary some time to win his own race at the festival but he ended that wait with Balko Des Flos in last year’s Ryanair Chase.

Don’t be surprised if Sean Mulryan is in a similar position four weeks’ tomorrow. Peter Fahey has already enjoyed Cheltenham success, albeit not at the festival, and the Monasterevin handler could have a couple of chances to taste big race glory next month too.
The Big Dog is in the running to take his chance in one of the novice heats, possibly the Albert Bartlett Novices’ Hurdle, and judged by his Gowran win, he’s not be without his chance.
Bay Of Freedom is another which could surprise a few for Fahey in the Glenfarclas Cross Country Chase.

Carbury trainer Philip Dempsey has probably been dreaming of Cheltenham festival glory ever since he took out his trainer’s licence 15 years ago.
In Derrinross, his dreams may come true given the upward curve of the in-form son of Scorpion. His win in the Grade 2 novice hurdle at Limerick’s Christmas meeting has made him a leading contender for the Albert Bartlett Novices’ Hurdle and it’s worth noting that three of the last four winners of that race in Faugheen, Martello Tower and Penhill all won at the Cheltenham festival three months later.
Ted Walsh, with Any Second Now, and Eddie Harty, with Coney Island, are just two other local trainers who will be aiming for festival success next month as well.