First ever title for Leixlip side 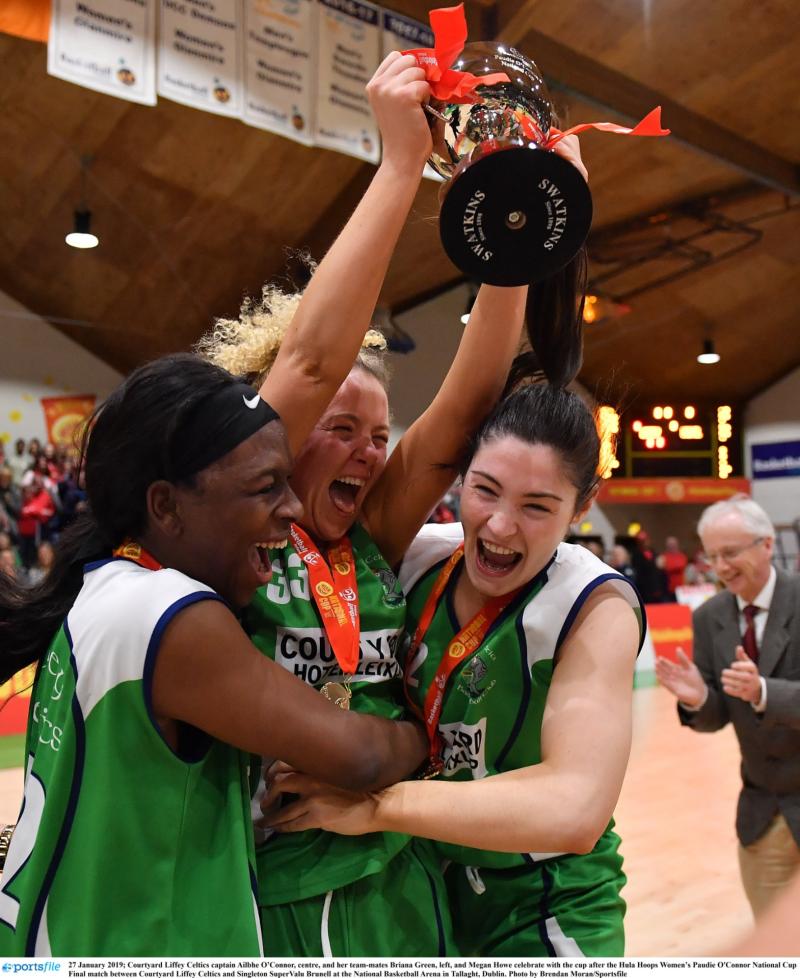 Courtyard Liffey Celtics are the Hula Hoops Women’s Paudie O’Connor National Cup Champions for 2019 thanks to a 91-66 win over Singleton SuperValu Brunell at the National Basketball Arena.

It’s a maiden win for the Leixlip women and the first time the Cup goes back to Kildare since the bonfires burned in Castledermot in 1988. Celtics were happy to set up shop at the three-point line in the opening quarter and rattled off five triples, three of them from 19-year-old MVP Sorcha Tiernan – who finished the game with 22 points. The Ireland International managed seven points in the 2017 final as Celtics failed to halt Glanmire’s four-in-a-row campaign: two years on, she had 19 points by half time.

“That loss hurts a little less now,” said Tiernan - the games’ MVP. “We’ve learned a lot in the last few years and we were ready for it today. We had the Under 18’s win as well this weekend and I think I was more nervous for them. We’ll celebrate and get back to training on Tuesday.”

Brunell trailed 19-13 for the first quarter despite huge work rate under the boards from Madelyn Ganser, Amy Waters and Linda Rubene. They had guile too as Danielle O’Leary and Tricia Byrne were the main scoring threats, and a whopping 23-point third quarter made it game on going into the last.

Karen Mealey protected Celtics’ double-digit lead in the fourth quarter and Ailbhe and Aine O’Connor ran themselves to a standstill. Having faced off against the Dwyers in 2017, they saw what it meant for sisters to win at the Arena, and they finished it out in style, 91-66, to remain unbeaten this season.