Kildare and Herity out to make their mark in AHL

Lilies travel to Donegal for opening Division 2B game 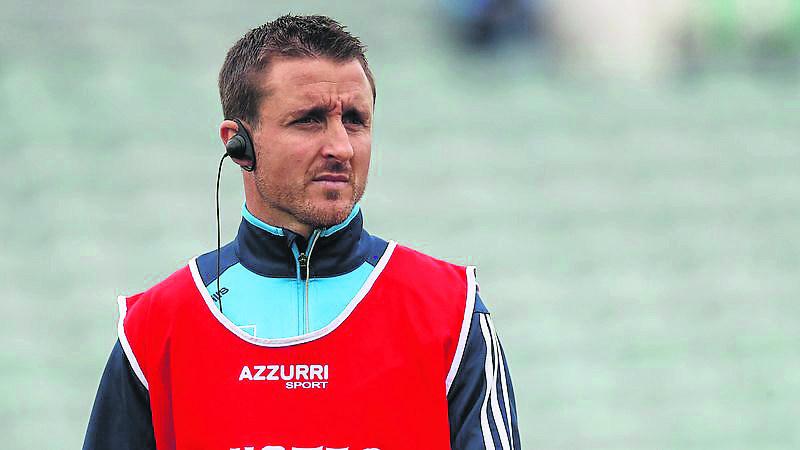 A new season it may be for Kildare hurling but you can’t help thinking that it’s the same old story in many ways in the week leading up to their opening league game.
The highs of winning the 2018 Christy Ring Cup should have been the catalyst to propel the county team on to bigger and better things ahead of their bow in Division 2B, yet instead that victory over London at a sun-drenched Croke Park last June may transpire to be nothing more than a memory in the grand scale of things going forward.
The man who oversaw that championship success, Joe Quaid, has since moved on to Westmeath after three years at the helm, while both Paul Dermody (Eire Og/Corra Choill) and Mark Moloney (Celbridge) have retired; the likes of Eanna O’Neill (Coill Dubh) and Mick Purcell (Naas) have not returned to the panel.
David Herity has succeeded Quaid in the hot-seat, meaning that Kildare are starting out yet again under a new man in charge – the former All Ireland winning Kilkenny goalkeeper is Kildare’s seventh different manager since 2005; he will of course be keen to implement his own style of play.
That aside, some of Herity’s ideas have been evident to see in the Kehoe Cup games against Meath, Wicklow and Antrim but, as was the case for Quaid, his predecessor Brian Lawlor and indeed for many previous Kildare managers, David Herity has had to get his rein up and running nearly with one hand tied behind his back.
As well as those of who have not returned to the panel for the 2019 season for whatever reason, Herity has had to forge on without the injured Conor Gordon (Coill Dubh) and Niall Ó Muineacháin (Celbridge), both of whom are long term absentees, while Jack Sheridan (Naas), Mark Delaney and Jack Travers are another three who are nearing a return to first team duties.
Of course Kildare will be hoping that this year’s league campaign will be better than last years, where they failed to win any of their five Division 2A games, suffered relegation without register-
ing a single point on the standings.
It all begins this Sunday for Herity and his band of Lilywhites when they travel north west to take on Donegal.
Letterkenny is never an easy place to go and get a result, regardless of the code; this particular trip doesn’t appear any easier against a Donegal team spurred on by their Nicky Rackard championship win last summer off the back of a decent league run that saw them win three and lose two of their five league games.
The opening two rounds of the league are run off over the course of successive week-
ends and once Kildare recover from their trip to Donegal, they welcome last year’s Division 3B winners Warwickshire, who also enjoyed Lory Meagher Cup victories in 2013 and 2017.
Thereafter Derry are next on the list in Newbridge on 17 February, a side well known to Kildare over recent years.
2018 wasn’t a good one for the Oak Leafers in the league; they lost all five of their Division 2B games, yet recovered to advance to the last four of the Christy Ring Cup, only for Kildare to beat them there.
Another of Kildare’s recent rivals will provide the opposition in the pen-
ultimate game of the campaign, Wicklow, who were also beaten in the last four of the Christy Ring Cup last term; they won three of their five Division 2B last season.
Down, who topped last year’s Division 2B league table but then lost the league final to Mayo who in turn pipped them to promotion as a result, will provide Kildare’s opposition in the last league game when they travel to Newbridge; this could well be the decisive game of the campaign.
On paper it may seem that all is in favour of Kildare enjoying an immediate return to Division 2A in 2020 but nothing is won on paper; every game in the coming weeks is a potential banana skin and as such, considering all their circumstances, nothing is given for either Herity or his charges.