Thyestes Day really is something special

A racing day out unlike most others 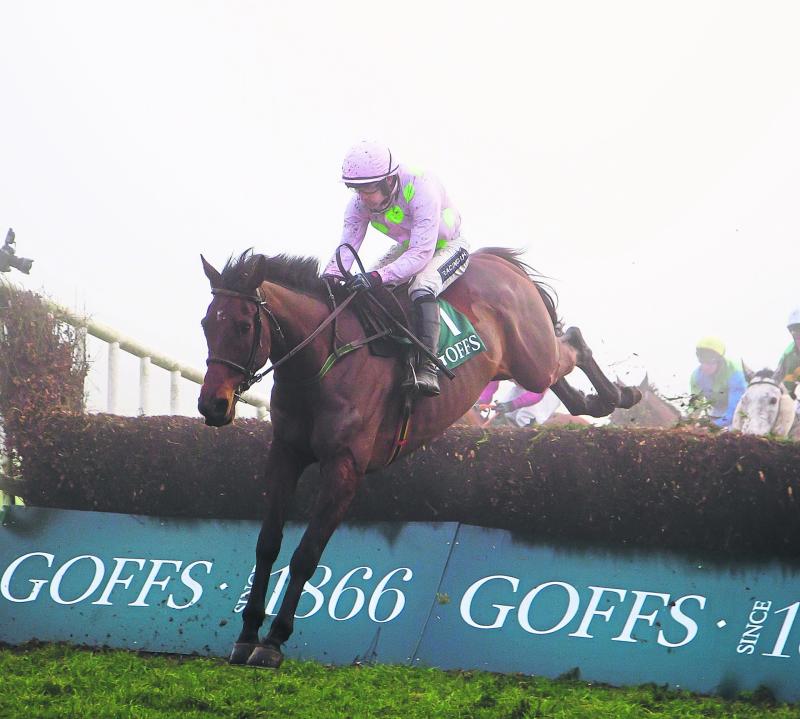 Even though we live in a vastly changing and different world to the one of ‘yesteryear’, there are some things which never seem to lose their magic.
When it comes to the world of racing, this Thursday’s Thyestes Chase day is one of those things which is the same it was 30 years ago.
Major fixtures like the Irish Derby isn’t a patch on what is used to be while many of our big days on the racing calendar aren’t what they used to be either. They’ve been modernised too much.
That is not the case with the biggest day’s racing that Kilkenny produces each year though with a race that is now known as the ‘Race which stops a county’.
It’s such a major day for racegoers that, for one, it’s the first day of the year I book off work, as do so many people from around the country. My earliest memory of the Thyestes Chase is of the 1991 renewal, the year Ted Walsh won his first big prize as a trainer.
Ted hadn’t been training that long since the passing of his father Ruby and Roc de Prince gave the Kill handler his first landmark win since hanging up his riding britches.
He might have been a 16/1 shot that day but he beat horses like Cahervillahow and The Gooser, in a race that top weight Carvills Hill hit the deck at the very first fence.
I was going to school in Kill at the time so it was a big deal back then. I also remember the 1993 renewal of the race.
Back then, RTÉ covered the meeting every year and I rushed home from school just in time to see how the rare English traveller Zeta’s Lad fared in the race.
I remember I fancied him that year but I can’t remember why. Maybe it was because it was so unusual for an English-trained horse to run in the ‘Thyestes’ back then but it proved worthwhile as he held off Ebony Jane in a titanic finish.
Three months later, the same mare would gain compensation on Zeta’s Lad in the Irish Grand National.
Nuaffe was a horse which regularly ran in the race and he was a popular winner in 1994 while in 1997, there was another rare English runner in Couldnt Be Better for Charlie Brooks and Graham Bradley.
As well as being a triumph for the raiding party, that year also saw the rare occurrence of a top weight winning the race which was some achievement.
Two years later, Bob Treacy brought the house down when he too carried top weight for victory, a performance I was on hand to see. Owned locally by the Hickeys, Bob Treacy was undoubtedly one of the most popular horses to run in both the Thyestes Chase and at Gowran Park too.
A seven time winner at the track, his win in 1999 will always be remembered and two years after that, he followed up again carrying just 10st8bs. He would be placed in two further Thyestes Chases as well.
Since then, we’ve seen subsequent Grand National winners in Hedgehunter and Numbersixvalverde win the famous race while Djakadam is the most recent high profile name to come up trumps.
So it’s a race steeped in history but Thyestes Chase day is more than that.
It’s a combination of great racing which still takes place on its traditional Thursday slot and maybe that’s part of the reason why it’s still such a popular day out.
It doesn’t have to compete with any other sporting event on the day and a bit like the Cheltenham festival, there’s something special about taking the day off work or school to go to Thyestes day.
It’s got the perfect mixture of everything and one of the great things about Irish racing is that this day hasn’t lost any of its gloss.
Win, lose or draw, the magic is still very much there in the Kilkenny air.
So, if you don’t have plans for this coming Thursday, I’d strongly suggest taking the trip to Gowran Park for their marquee meeting.
It’s one of those days that never disappoints. If you’ve never been, well you’ve most definitely been missing out.
Trust me on that one.