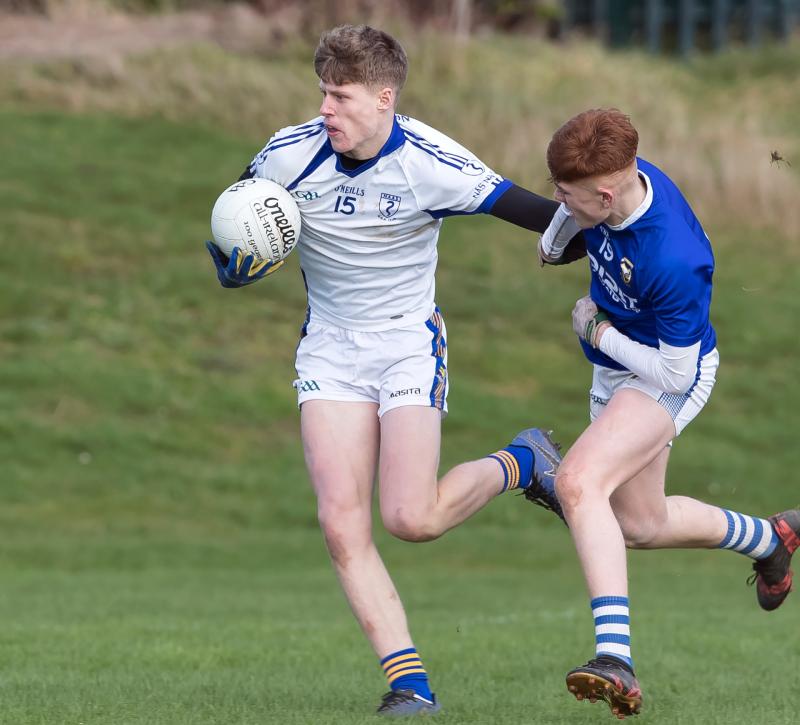 Naas CBS eased into the quarter finals of the Br. Bosco Cup with an impressive twelve point victory over St.Mels of Longford in Raheens, this afternoon on a final score line of Naas CBS 2-18 St Mels of Longford 1-9

Goals in either half from Adam Byrne and Dermot Hanafin set the defending Leinster Champions up for the victory as they proved too powerful for the Longford School.

The Ronan Joyce coached team were very fluent up front with Hanafin, Byrne and Mikey McGovern notching 2-12 between them as they caused St. Mels untold trouble.

If the result was in any doubt it was well and truly put to bed in the opening ten minutes of the second half as Naas struck 1-3 without reply, going on to win comfortably.