We have been underdogs since 1885: Two Mile House manager Niall Browne

Being underdogs no bother to Kildare champions 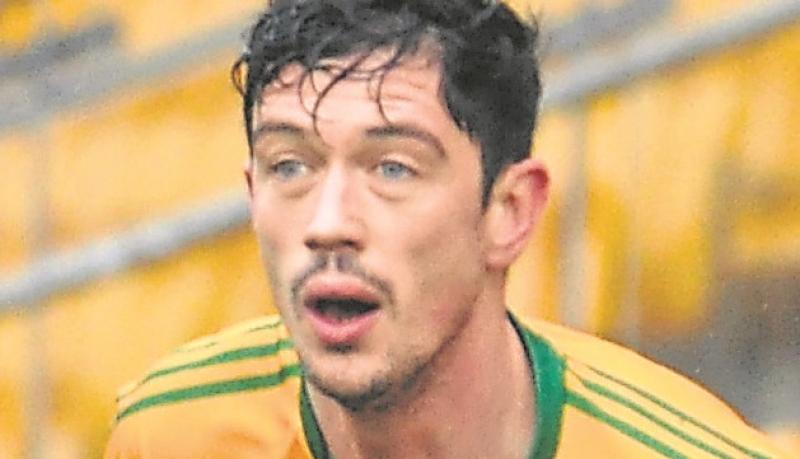 Two Mile House manager, Niall Browne, is if nothing, a pragmatist.
When asked how being the underdogs for Sunday's clash with Kilcummin might effect his team he quickly replies “being underdogs won't bother us, sure we've been underdogs since we were formed back in 1995.”
And how right he is, although for most of the 2018 season they have gone into games very firmly fancied, what manager Browne is really emphasising though is that The House have been swimming against the tide, fighting above their weight, on the outskirts of Naas from the time they were formed all those years ago.
In that regard Browne acknowledges that in 2017 The House won the Minor B title; another major achieve-
ment and one he says that was helped by a few lads who were originally from the county town.
“Naas are bursting at the seams with players at present” he told the Leinster Leader last week; and if the likes of us, and indeed Eadestown, can get the odd player here and there who would have a better opportunity of getting foot-
ball then we will welcome them with open arms.
“Some of our winning minors could not get football with Naas so they threw in their lot with us and they have flourished ever since but overall everything is going good with Two Mile House and what a great achievement it would be if we could reach another All Ireland final.”
Niall Browne readily admits that he has seen Sunday's opposition in action on two occasions; in the Munster final and again in the league final when they got a bit of pasting from Dr Crokes.
“They are a very formidable side; hugely experienced; they have long been in the senior set-up in Kerry, dropped to inter-
mediate for just one season and are now back in the senior ranks again.”
Browne added that “club football is exceptionally strong in Kerry as it has been down the years; a lot of the Kilcummin boys would have played with the divisional side of East Kerry and that shows just how decent they are; without a doubt they will be the best side we have met, possibly ever, but we are in the semi final; we are not there to make up the numbers; we know we have a big task but we are injury free; fit, focused and really looking forward to the game.”
And on the injury front Niall says they have put a lot of work into keeping players injury free this year and points out that Glen Lee has done an amount of work in this regard over the past 12 months or so.
“Glen is involved with the second team, as well as the first but he has really done great work on our fitness.”
The manager acknowledged that it is an honour and a privilege to be not alone representing Two Mile House but “we are representing the entire county of Kildare and indeed the entire province of Leinster and that is a great place to be for a club the size as ours.
“Football in Kildare is in a good place at the minute; the All Ireland success of the U20s was a massive win and a massive boost for all of the county and we will be hoping to build on that; we have an injury free panel; have a great mix of young and very experienced players who have played at the top level, so while going in as the underdogs we are going into this game more than hopeful than we can come out on top and book a final spot.
The manager admitted that regardless of the level of football a team is at, a semi final can be a very traumatic experience.
“Losing a semi final is the worse possible place to go out of any competition so we will be going to Limerick on Sunday in the full knowledge that if we play as we can, play to our strengths, and maybe even a bit better, we won't be too far away as we bid to reach a second All Ireland final in five years.”