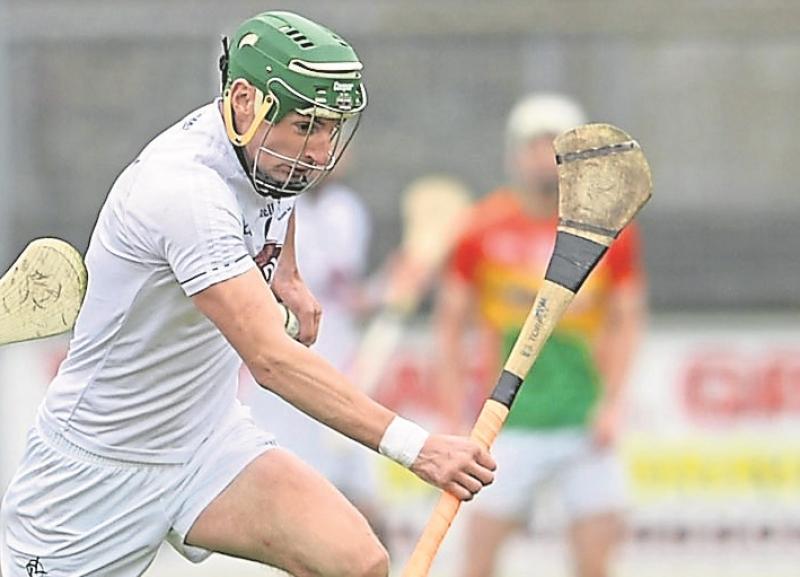 With Kildare senior hurling manager David Herity, and his backroom team trying to fine-tune preparations ahead of the opening round of the National Hurling League away to Donegal on January 27 next, theymust do so without the services of Mark Moloney, who earlier last week announced his retirement from the inter-county scene.

It was believed that the long-serving Celbridge clubman, who made his championship debut for Kildare back in 2006, recently returned to the panel but Moloney has since clarified his position, tweeting: “As 2019 begins it’s time for me to retire from inter-county hurling, I’d just like to thank everyone who helped me to fulfil my childhood dream of representing my county, words cannot express the depth of my gratitude. Up The Lilies Forever”

In all, Moloney is a veteran of 13 seasons with Kildare, during which time he has played in a multitude of positions – most recently at centre-back – and won a number of honours.

It was Cork man, Ben Dorney who handed Moloney his debut and a year after that Moloney would prove a vital component of Dorney’s team at wing-forward as Kildare booked a place in the 2007 Christy Ring Cup final, scoring 0-10 en-route to a final meeting with Westmeath in Croke Park, which the Midlanders won with consummate ease.

During his time with the senior county team, Moloney would also play under the tutelage of Andy Comerford – winning the Division 3A league title in 2010; Mick O’Riordan, Willie Sunderland, Brian Lawlor and Joe Quaid.

Arguably it was under both Lawlor and Quaid where Moloney enjoyed his best days in a Kildare jersey, winning Christy Ring Cup titles in 2014 under the former and another in 2018 under the latter, playing at midfield and centre-back in those respective finals. Off the back of that 2018 success, Moloney picked up a second Christy Ring Cup Champion 15 award, having also won one in 2012.

Speaking of Moloney’s decision to step away from the panel following Kildare’s Kehoe Cup semi-final defeat to Antrim last Sunday, Herity said: “I saw Mark during the club championships and I’ve been talking to him before he announced his decision,” explained the former Kilkenny goalkeeper.

“I know Mark is a fantastic lad and he would have been great to have around the squad but unfortunately that’s part of it; they are experienced lads but every team goes through it and loses players for one reason or other.

“But losing one player gives others a chance to step up; it’s about building up young lads and the panel. But I wish Mark all the best; he’s been brilliant – he’s been 13 years with Kildare but we have to move on and hope that there is someone there able to fill his gap, which won’t be easy. He was back in with us for a while but he just knew in his own heart and soul that the hunger just wasn’t there; if the hunger isn’t there then it isn’t there. He knows himself, so I wish him all the best in his retirement.”

It’s not just Moloney’s loss, however, that Herity is having to deal with.

While veteran full-back, John Doran (Leixlip) has reversed an earlier decision to retire, Herity is facing up to the prospect that Niall Ó Muineacháin (Celbridge) may miss the entire league campaign, if not the championship owing to a wrist injury that requires surgery and with it brings upwards of four months rehabilitation. No date has of yet been secured for this surgery.

Also on the long term absentee list are Conor Gordon (Coill Dubh) and Chris Bonus (Clane), Gordon due to an ankle injury and Bonus because of overseas military duty. Cathal Dowling is also unavailable in the short term, while Herity is hopeful that the likes of John Gorman, Jack Travers, Jack Sheridan and Mark Delaney should all return quickly. Brian Waters is also part of a core of 7 or 8 expected back in the fold by the end of the month, if not the beginning of February.