Antrim to prove a big test this Sunday in Abbotstown 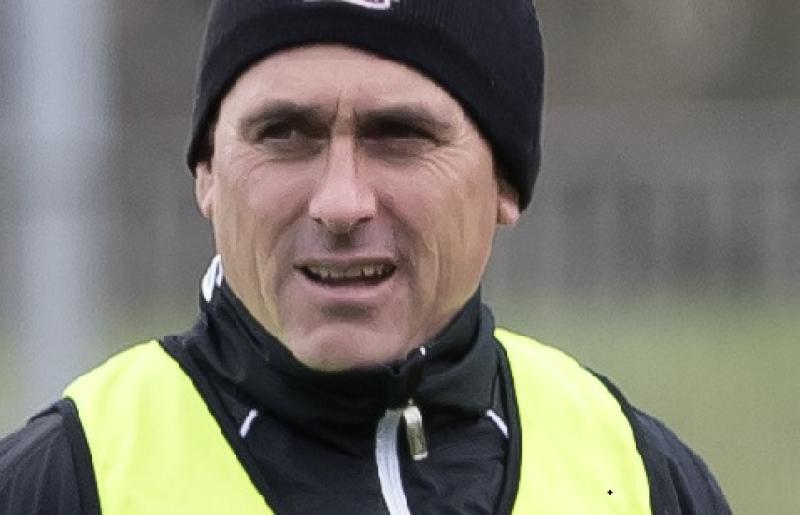 Following Kildare's win over Wicklow in last weekend's Kehoe Cup, and the absence of team manager, David Herity who was on his honeymoon, team selector and coach Declan O’Toole declared himself happy on the whole with Kildare’s showing.

“Any time you get a win is a good day at the office,” explained the Éire Óg/Corrachoill clubman.

“It was a good performance overall I thought. I know that when they had a man sent off that it probably made it a lot easier on us but still, very happy with how we played overall.

“We got a good work-out out of this game; after all, there is nothing better than playing games. But we also got a performance out of the lads; we did a lot of really good things but just felt at half-time we maybe gifted them a few frees which they got scores from. That aside, I still thought that we moved well enough and that we really opened them up in the second half, even more so when they went a man down.

Very happy on the balance of it; our lads did exactly what we asked of them and worked on during the week added O'Toole who was a selector with the Kildare U20 All Ireland football winning side of 2018.

“The first five minutes or so we hardly got our hand on the ball; they (Wicklow) did come out of the blocks very well but when we got to grips with it then – Cathal Derivan made a terrific block at the start of the game – they got nothing much out of us after that.

“We got some really good scores, we got a few goals at the end to put a bit of gloss on the score board; it was a really good score to put up on the first Sunday of January but then again you couldn’t fault the conditions either. It’s a great win to begin with so it’s something to build from and onwards and upwards from here.”

With the opening round of the league pencilled in for January 27 next, O’Toole remains hopeful that Kildare will continue to add to their panel. Their were a few new faces and some equally unfamiliar ones who lined out here against Wicklow, but O’Toole is confident that some of the more experienced heads will be back in action soon.

“The panel is small enough at the moment, so we have to work with what we have but Kildare hurling is going well and hopefully we can continue to push it on,” added O’Toole.

“There’s a good few guys to come back, many of whom are already back in training but weren’t necessarily ready for today. The likes of Mark Delaney (Coill Dubh) and Jack Sheridan (Naas) are back training on the field and then you have the likes of Mark Moloney (Celbridge) also coming back – there’s a few others but too many names to mention just now – but while the panel maybe small at the moment, we’re in no doubt that we will continue to strengthen it once we get everyone back on board.

“We had 21 togged out today and another six or seven who weren’t togged but were on the line and are part of the panel. The numbers are low enough at the moment for a variety of reasons; the other night we only had 18 or 19 lads training, but saying that there were other lads there doing their own thing in the gym.”

With the year ahead another big one for Kildare given their league relegation last season and the restructuring of the various championships, what targets have Kildare set themselves?

“There’s no targets set given the way that the season pans out time-wise,” explained O’Toole.

“I know that when I came in there had already been a talk about targets and whatever else but I’d say getting out of Division 2B would be a bonus. We’d be hopeful of having a good go at that and taking it from there.

“The Christy Ring Cup is run off over a quicker, small period of time so that is something that will have to be considered in its own right. But have no doubts about it, we have plenty of tough games coming our way and there will be nothing taken for granted along the way.”

The selector coach added that this Sunday will be a major test for the squad when they take on Antrim in Abbottstown which has a 2 pm throw-in. "That will be a big step up in class, Antrim are a serious team but it is games like that where you learn and gain the experience; so something to look forward to but full aware of the task we will face."