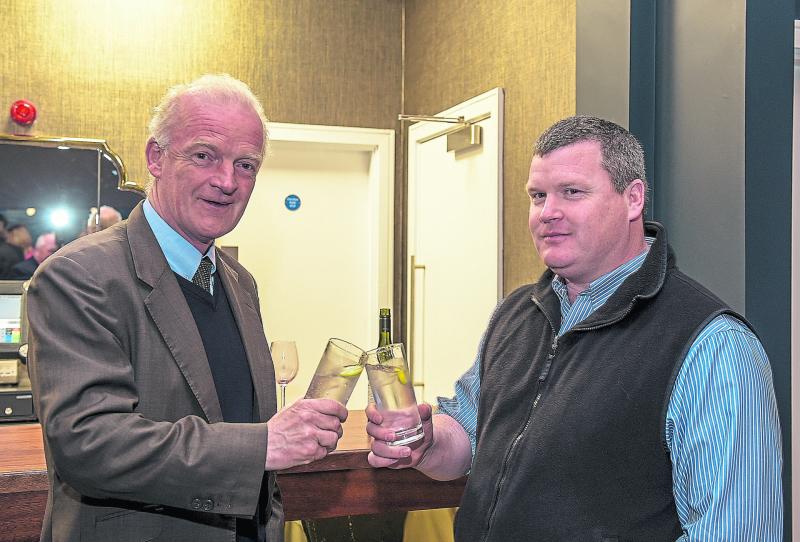 Tornado Flyer and Battleoverdoyen head a high class field of nine runners for the Grade 1 Lawlor’s Of Naas Novice Hurdle on Sunday.

Trainer Gordon Elliott has launched a strong assault on the first Grade 1 race of the new year by declaring the unbeaten Battleoverdoyen and hugely promising stable companion Commander Of Fleet for Sunday’s feature race at Naas Racecourse.

"Battleoverdoyen has been in great form since Navan and this was the obvious race to aim for with him,” Elliott said on Friday morning.

"He was good over two miles last time but he always struck like a horse who would be at his best over longer trips so the race at Naas looks an ideal distance for him.

"This is a big step up from his maiden hurdle but I'm very happy with him and I think there is more to come from him. Hopefully he'll run a big race but this does look like quite a strong renewal of the race," Elliott added.

"Commander Of Fleet just found two miles a little on the sharp side last time. He won his maiden hurdle over this trip and I think he will be much happier coming back to this distance.  He's got to improve if he is to be closely involved here but he is definitely capable of improving on what he's shown over hurdles so far. It’s a valuable Grade 1 race and you want to have a strong hand in these type of races."

Willie Mullins, who has a fine record in the €90,000 contest having claimed four of the last five renewals, has declared all three of his entries, headed by Grade 1 bumper winner Tornado Flyer who is the mount of 12 time champion jockey Ruby Walsh. Come To Me and Getareason are also bidding to enhance the champion trainer’s fine record in the 2m4f novice event.

Joseph O’Brien relies on impressive maiden hurdle winner Lone Wolf as he bids to add another Grade 1 success to his growing portfolio of winners. The recent Fairyhouse winner also scored at the Punchestown Festival in April and looks a smart performer for owner JP McManus.

The Jessica Harrington-trained Magnium will look to give her a first win in the Lawlor’s Of Naas Novice Hurdle, while trainers Noel Meade and Mouse Morris are both looking to win the race for a third time with First Approach and Sams Profile their respective runners this weekend