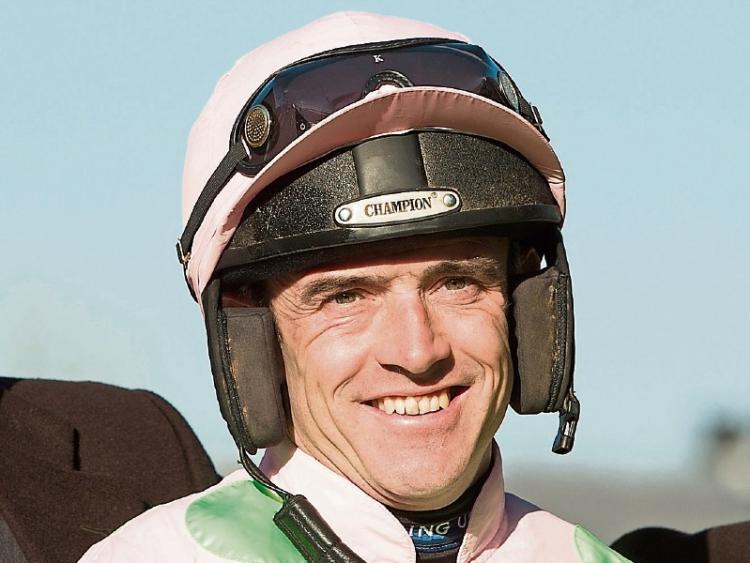 Once the turkey and veg, the many boxes of Quality Street and the board games are done and dusted with, come dinner time on Christmas Day, the festive period will start properly for us racing fanatics.

When you see what we’ve got to look forward to from St Stephen’s Day onwards, it’s no wonder why.

I’m a huge fan of tradition and the King George VI Chase is the race which will have the highest viewership as it always does.

Ten runners look like facing the starter and this year, you can make a case for arguably every one of them. Might Bite is on a retrieval mission and as disappointing as he was at Haydock, that was his only poor run in over two years and ten races. He deserves another chance, doesn’t he?

It’s been over 45 years since a horse won the King George VI Chase on his first try over 3m so that surely puts a huge dent into the chances of both Waiting Patiently and Politologue.

Then we come to Bristol De Mai. He’s a horse which never gets enough credit and he was sublime in winning the Betfair Chase. The worry with Bristol De Mai is that when he doesn’t get his own way up front, he tends to make mistakes and throw in the towel. I’ve always had my suspicions that Thistlecrack doesn’t see out this trip as well as some might think and we’re all thinking that Kempton won’t play to Native River’s strengths either.

Coneygree is surely passed it by now and both Double Shuffle and Tea For Two aren’t good enough.

There’s one runner left and by identifying the flaws of everything else in the race, I make a strong case for Clan Des Obeaux getting heavily involved in Wednesday’s finish. He doesn’t have a whole lot to find on ratings to get involved, after running very well at Haydock, and he’s better going right-handed too.

I reckon he’s the dark horse in this year’s King George. It’s Might Bite for me but Clan Des Obeaux can most definitely make the frame.

If you’re looking for a Christmas banker, then Buveur D’Air will provide just that while Santini is probably going to be very hard to beat in the Grade 1 Kauto Star Novices’ Chase on the same card.

Now on to the Irish feast over the coming days. With Ruby Walsh likely to head to Limerick on St Stephen’s Day, for the first time in 22 years, that’s a pretty good place to start. Judging on his chasing debut at Punchestown, Getabird looks extremely solid in the Grade 1 novice chase. The trip looks ideal and there’s nothing in the opposition which should worry connections.

Ruby is likely to have more than just the one winner at the Munster venue and he should get the ball rolling with Mixmoon in the three-year-old hurdle. This lad could literally be anything on the juvenile front.

Up at Leopardstown, there are two competitive maiden hurdles to kick-start the festival and in the second of those, the Thorntons Recycling Maiden Hurdle, City Island, for Martin Brassil, could be worth following. Willie Mullins will be bidding for three-on-the-trot in the Grade 1 Racing Post Novice Chase with Voix Du Reve and he has every chance against Mengli Khan. I'd be siding with the Andrea Wylie-owned runner.

Ted Walsh could strike with the in-form Kildorrery in the handicap chase. This lad could have run in the novice handicap hurdle on the same card so it's interesting that he's running over fences instead.

The St Stephen’s Day bumper is always hugely competitive but Gordon Elliott could have the answer with the well-touted Fury Road. Looking to later in the week, Thursday’s and Friday’s cards at Leopardstown are excellent. The Paddy Power Chase, over three miles, won’t be easy to find the winner but there’s no doubting that the most interesting runner is Any Second Now on his first start over the trip. His form behind Footpad as a novice chaser reads very well and surely this is his big chance to land a decent prize.

Speaking of Footpad, expect to see him bounce back in the Paddy Rewards Club ‘Sugar Paddy’ Chase while Lone Wolf impressed me on his hurdling debut at the start of the month and could be up to landing the Grade 1 Paddy Power Future Champion Novice Hurdle.  Across the water, the Welsh National will have more Irish interest as we bid for back-to-back successes and expect a big run from Ross O’Sullivan’s Baie des Iles. He could go very well as could the Tony Bloom-owned Kansas City Chief.