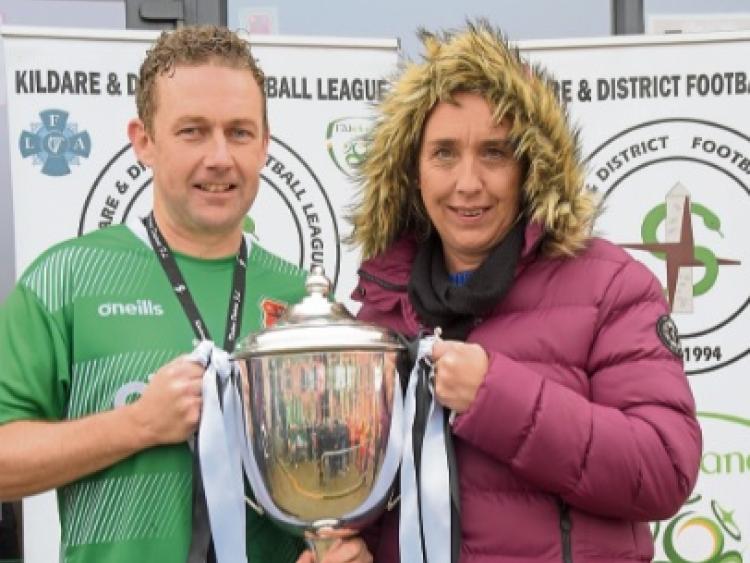 So do you keep a look out for Sarsfields and Suncroft?
“Yes, I do, always keep an eye on the results, was delighted for Milltown this year; great people in the club, small village and then Sarsfields I would also go to see when I can; did not have a great run this year but there is a lot of talent in the club; a lot of talent in Newbridge; of course Moorefield are flying high.
“It's brilliant having two such clubs in the town of Newbridge and the friction between the clubs is not there like it used to be; everyone gets on nowadays but it's a great healthy rivalry and brilliant for the town.”
So the future?
“We'll have to wait and see but I am keeping myself in good shape, will take a couple of weeks off over Christmas and then (hopefully) get back into training early in the New Year.”
Somehow when the KDFL season of 2019 gets up and running in February or so I think we'll be seeing Ray Coleman back in the heart of that Suncroft AFC for another season, at least, as they bid to make it three Lumsden Cups in a row.
Now that would be some icing on the cake!