Result never in doubt from early on 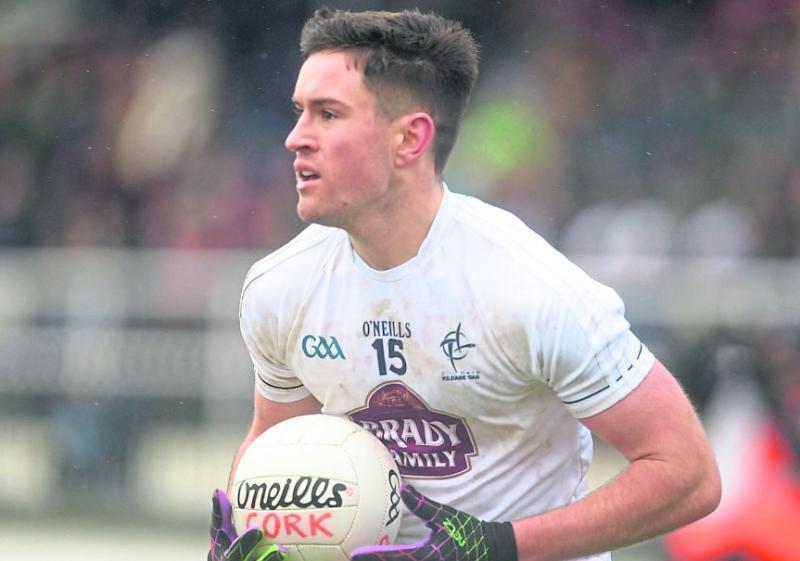 Ben McCormack, five minutes in sin bin in first half

Kildlare eased past Carlow in Round 2 of the O'Byrne Cup at St Conleth's Park, this afternoon, in desperately poor conditions.

The Lilies took control early on when playing with the elements in the opening half and led 0-11 to 0-2 and looked in total control against a Carlow side who played their usual 'men-behind-the-ball' system.

Ben McCormack, who looked very lively early, picked up a black card mid-way through and so was the first Kildare player to serve a ten minute sin bin ban but in fairness Kildare managed that situation well until he returned.

And while Carlow did find the Kildare net early in the second half, the game fizzled out with Kildare winning 0-16 to 1-6; after a big hold-up when a Carlow player required extensive treatment on the pitch, with the medical concerned with a possible neck injury, before he was stretched off.

Kildare manager, Cian O'Neill said he was very happy with the display; very satisfied with the way the players adapted to the new rules; just once was their a free for a four hand pass offence (and that was a very doubtful decision at that) but overall there was no problem with the new rules.

Kildare now take on Offaly on Thursday evening in Kilcormac in what was the original first round fixtures.